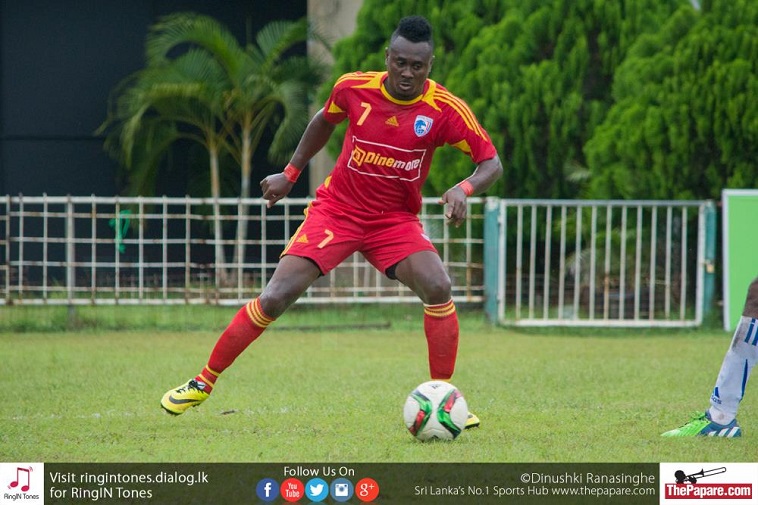 Crystal Palace comes from behind to win 3-1 giving a knockout blow for Saunders’ chances of making the top four in the group and making the Super Eight round in the Dialog Champions League.

After the 8-3 humiliation last season, Saunders were adamant to make things right against Crystal Palace this season.

With a colourful beginning both teams entered the field with the intension of winning the day, but Saunders did not show their talents which their fans expected.

Isaac Aba of Crystal Palace tried for a goal with an energetic strike at the beginning of the match, but the goalkeeper saved the effort. This made Saunders follow up a tight manner of defensive football.
First goal of the evening came for Saunders with an own goal by the Crystal Palace sweeper Mohamed Anas in the 9th minute. The opener lifted the spirits of the visiting side but it was short lived.

In the 1st half Crystal Palace had 11 shots on target but only one was successful by Christopher Erastus in first half injury time.

From the beginning of the second half Crystal Palace players tried to keep the ball near the opposite net. Isaac Aba took opportunity of this and successfully changed the scores dramatically as 3-1 in the score board with the sloppy play of Saunders keeper giving goals in the 58th and 63rd minutes respectively.