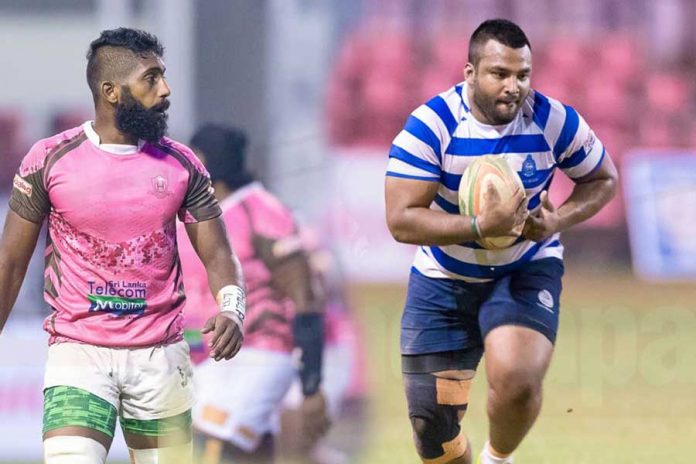 A former Wesleyite, Dulanjana Wijesinghe reached tremendous heights at Navy Sports Club where he has played all of his professional rugby. Joining the side in 2009, he has played as hooker and number 8 over the years.

Gaining a reputation for being a mobile forward, Wijesinghe was also the third highest try scorer in the 2016/17 season and this concluded season he contributed with 7.

Wijesinghe’s 2017/18 season was a one that he would remember for a lifetime where he took on a leadership role at the club marshaling the front line as the Sailors clinched runners-up in the tournament.

In the 2016/17 season, he was also the ThePapare.com’s Most Popular Club Rugby Player

Read More: The aspiring cricketer who pursued his love for rugby – Dulanjana Wijesinghe

“It’s a great opportunity for me after playing at Navy all my career and I hope that I could do what I did at Navy, at CR as well” added Wijesinghe who is excited about his new club.

Along with Wijesinghe, Havelock Sports Club player Shehaan Dias will strengthen the forward line for the Reds. Playing at flanker and second row, Dias was pivotal in the Havies lineout being the first choice jumper as well as a key contributor in the scrums.

Dias, who joined the Park Club in 2014 has proven to the coaching staff that he is the starting option for the side and his presence in the Pink jersey will clearly be missed.

With a complimenting height, Dias’s ability in the breakdown and his quick reflexes will be a strength for Kavindu Perera’s CR & FC outfit.

Earlier it was Kevin Dixon who crossed over from Havelock Park to Longdon Place.

Referees will not blow at Wesley, Zahira and Maliyadeva games

A battle for supremacy

A battle for supremacy