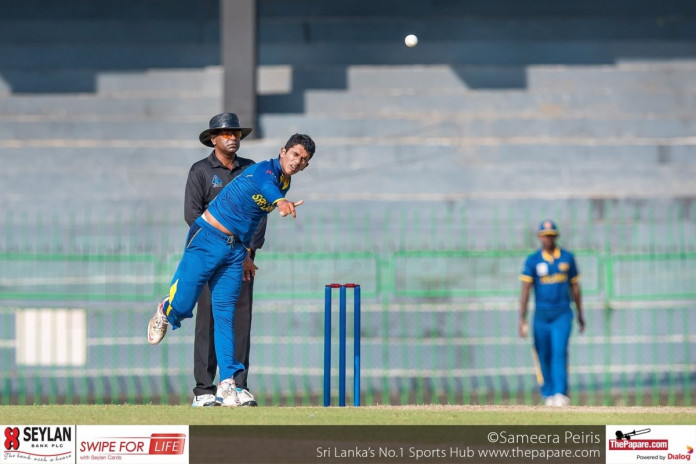 The Sri Lanka U19s ended their tour of South Africa on a high when they inflicted a comprehensive 153 run win over the hosts in Oudtshoorn today(05).

Nipun Ransika starred with ball once again picking up four wickets to end up with an impressive tally of 26 wickets on tour, as the visitors bowled with a lot of discipline to bundle out the South Africa U19s for just 75 runs after putting up a respectable 228/9 on board.

Kamindu Mendis led the Lankans today in the absence of their regular skipper Avishka Fernando and had a good start when he won the toss and chose to bat first.

Sri Lanka were given a good start by the consistent Vishva Chathuranga who made a promising 41, but the main stay of the innings was Hasitha Boyagoda who batted deep into the innings making 77 off 98 balls including 4 fours and 2 sixes.

The Proteas never got going in their run chase as they kept losing wickets at regular intervals before being bowled out with almost ten overs to spare.