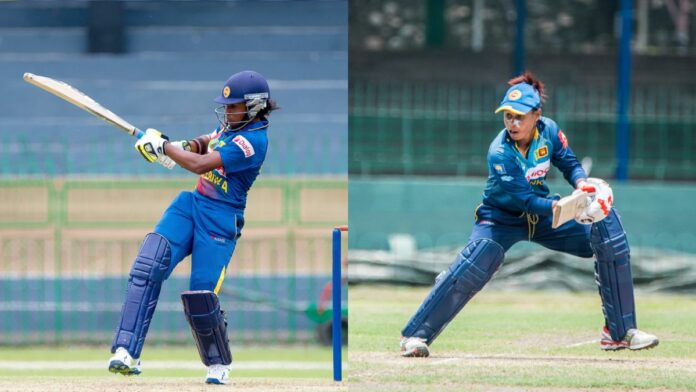 Sri Lanka have relied heavily on skipper Chamari Athapaththu with the bat in the past and when she was dismissed for a quick 30 off 17 deliveries through a brilliant take by Mas Elysa on the long-off boundary, there was some doubt as to if the Lankans could get to a competitive total.

At 70/2 at the half-way stage of the innings, Sri Lanka looked like they would end with a total in the range of 130-140, particularly with one-drop batter Hasini Perera struggling to get going on one end. The left hander crawled to 12 off 21 deliveries, putting immense pressure on Madavi on the other end.

However, with her dismissal in the 13th over, came the change of gears that Sri Lanka needed. Nilakshi de Silva joined Madavi and the pair ran brilliantly between the wickets, while also finding the fence in nearly every over.

Madavi’s previous highest score in T20Is was just 28, but the elegant left-hander seems to have worked out what her strengths are during the nearly 2 years Sri Lanka were without International Cricket, piercing the gaps brilliantly on her way to a maiden international half-century.

De Silva, on the other hand, unfortunately missed out on a deserved 1st international half-century, but played her role to perfection too, ending on 49*, her highest score in internationals.

The chase was always going to be an uphill task for the hosts and Sugandika Kumari made it tougher for them, opening the bowling and picking up Wan Julia in her 1st over. The Malaysians were never really in the chase, losing wickets regularly and unable to keep up with the required rate, seemingly content with just batting out the 20 overs.

The Sri Lankan spinners shone again, with left-arm spinner Sugandika Kumari and off-spinner Oshadi Ranasinghe picking up 2 wickets apiece to keep the hosts to 82/7, despite skipper Winifred Duraisingam batting through the innings.