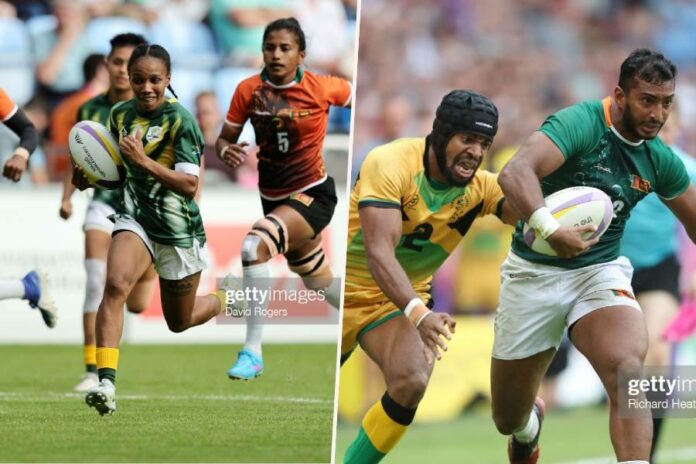 The Sri Lanka Men’s Sevens team, who lost all four of their encounters during the first two days of the Commonwealth Games, faced Zambia in the 13th place playoff semifinal in their first encounter yesterday (31).

The Tuskers who continued their good performances at Birmingham finally managed to go over the line and finish an encounter as the winners. The scoreline read 27-14 and with this win Sri Lanka qualified for the 13th place playoff against Jamaica. This win is just the 3rd win ever for Sri Lanka at Commonwealth Games Rugby; the first 2 coming against Barbados and Trinidad & Tobago back in 2014.

The encounter against Jamaica was a good back and forth matchup which saw both teams not letting the other team get off the hook and take a sizable lead. But just at the end it was Jamaica who held their nerve to seal victory and the 13th place at the Commonwealth Games while the Tuskers finished 14th out of 16 teams.

In a tournament where many expected Sri Lanka to not be able to score tries, they ended up going over the line 16 times in 6 games The most special try of them obviously being the one against New Zealand on Day 1 by Tarinda Ratwatte.

The Women’s sevens team for Sri Lanka, who failed to score a single try during the first two days, faced South Africa in the 7th place playoff and once again it was the same story as South Africa scored 52 points while the Lankan ladies failed to find the try line. After losing 5 out of 5 the Women’s Rugby team ended as the 8th ranked team out of 8 teams.