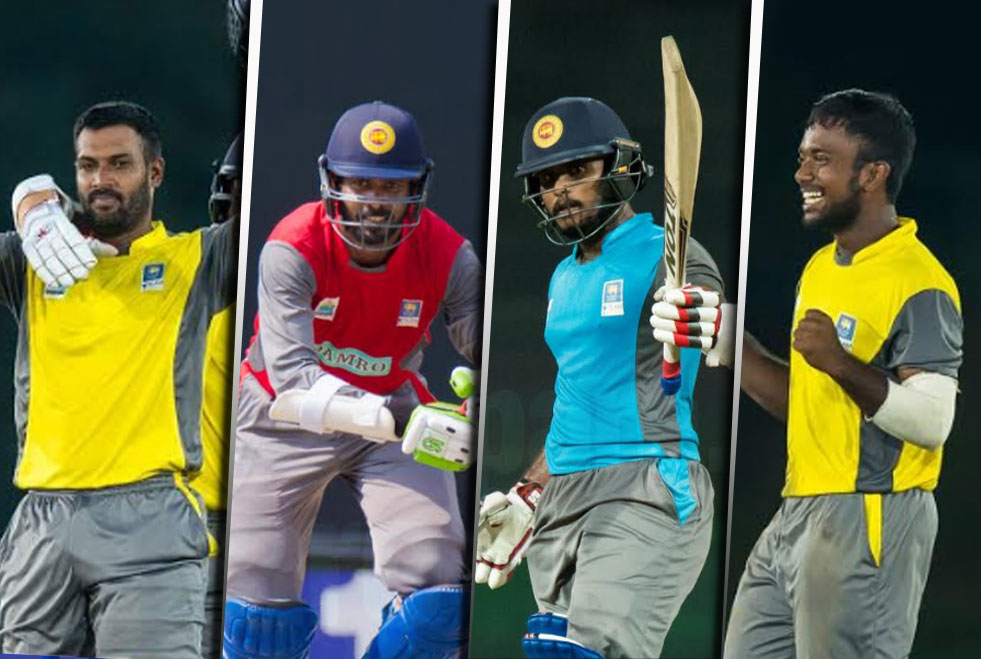 Colombo notched up their 2nd win while Kandy claimed their 3rd win to remain in the top of the points table of the SLC Super Provincial Limited Tournament 2017 with the conclusion of two more matches on Saturday.

Photos : The Launch of Winds Behind The Willows

After opting to bat first, Galle managed only 299 from their 50 overs despite a stunning 174-run partnership for the second wicket between Tharanga and Dimuth Karunarathne. Tharanga caressed through to the boundary 13 times and went over the ropes once in his 113-ball 101. Karunarathne stroked a sensible, timely 78 off 84 balls with 7 fours and 2 huge sixes.

Dhananjaya De Silva attained crucial batting form with a 43-ball 52 as he rallied along with the middle order and late order to help Galle to 299. Left-arm seamer Vishwa Fernando picked up 2 wickets.

Chasing 300 runs to win, Colombo reached the target with an over to spare. Opening batsman Dilshan Munaweera struck a belligerent 86 off 54 balls inclusive of 10 fours and 4 sixes. Angelo Jayasinghe, playing his first Super Provincial match anchored the innings perfectly with a mature 70 off 99 deliveries.

Munaweera and Jayasinghe constructed a valuable 104-run stand for the 2nd wicket in 79 balls which set the tone for the likes of Shehan Jayasuriya, Kithruwan Vithanage and match-winner Thisara Perera to take Colombo over the finish line. Perera remained unbeaten on 42 off 30 balls and hit the winning runs. Akila Dhananjaya bowled well and bamboozled the batsmen with his variations while Suranga Lakmal and Seekkuge Prasanna grabbed 2 wickets apiece.

Chamara Kapugedara slammed his second ton in the tournament as they cruised to a comfortable 39-run win over Dambulla at Rangiri Dambulla International Cricket Stadium.

Kapugedara did everything right when he won the toss and elected to bat first. The opening pair of Danushka Gunathilaka and Dilhan Cooray added 118 runs before Ashan Priyanjan wrecked through the Kandy middle order. Gunathilaka scored a run-a-ball 75 with 7 fours while Cooray posted 43 in 64 balls. Ashan Priyanjan managed to return figures of 4 for 32 from his 10 overs.

Kapugedara played a real blinder of an innings as he blasted 105 runs in just 50 balls with 14 fours and 2 sixes. Kandy managed 116 runs in the final overs thanks to the Kapugedara special.

In reply, Dambulla too started off strongly with skipper Kusal Janith Perera blasting a quick-fire 56 while Kusal Mendis did the needful with a stroke-filled 59. Bhanuka Rajapaksha made a telling impact as he pocketed 7 fours and a six during his 72-ball 81 as they managed only 284 before being bowled out in the penultimate over. Young off-spinner, Charith Asalanka picked up 4 wickets while pacer Nuwan Pradeep captured 3 scalps.

Watch LIVE action of the Galle vs Kandy game on ThePapare.com/Dialog Television Channel 1 and MyTV.