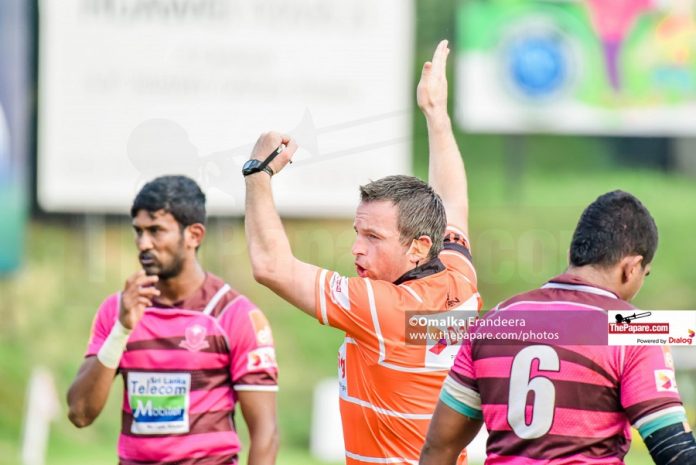 Singapore national Charlie Brown will be back in the country for the Dialog Rugby League Super Round with SLR opting to go with overseas referees for the final few weeks of the Dialog Rugby League 2018/19.
The last two weeks of the league have seen overseas referees blowing the crucial games. The week 13 fixtures were officiated by Hong Kong national Lawrence Wilkinson and last week’s encounters saw Japanese national Tasuko Kawahara in control.

Brown, will return to the country once again after his stint in week 6 of the Dialog Rugby League where he blew the Kandy Sports Club and Havelock Sports Club clash late last year.

No stranger to the local rugby circuit, the Asia Rugby panel referee has been a frequent visitor to Sri Lanka, officiating many crucial games over the past few seasons.

This week, with the league progressing to the 1st week of the Super Round, he will be officiating the two cup clashes that involve the top 4 teams of the league.

The Dialog Rugby Super Round 1 kicks off this Saturday(23rd).

Here’s what happened when he last refereed!