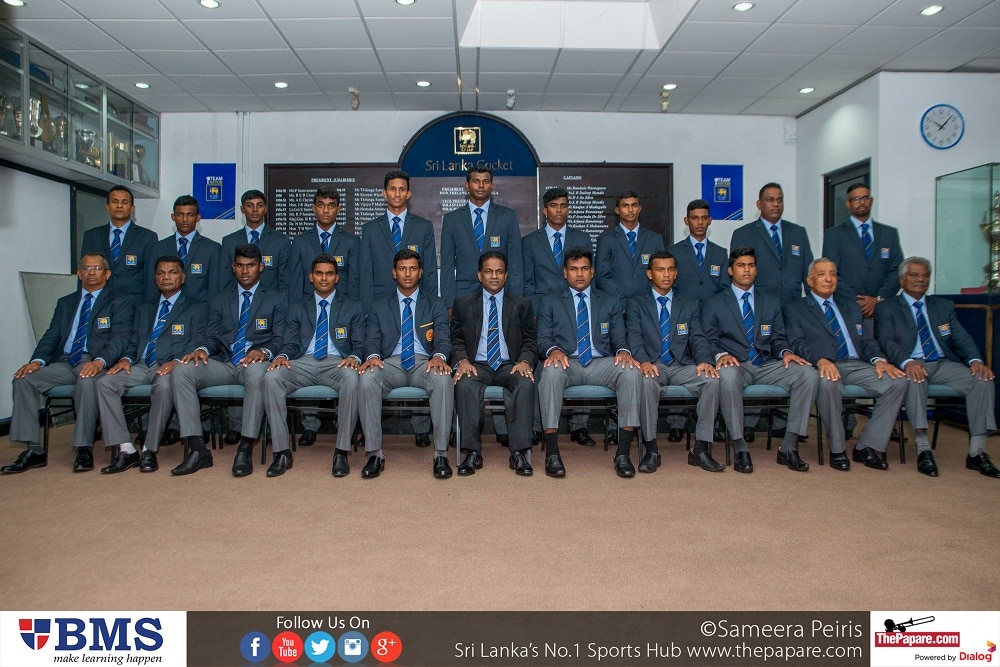 Charith Asalanka has been appointed the Captain of the Sri Lanka U19 team for the England tour.

The young Sri Lankan side will play a two-day practice match, followed by two four-day Youth Tests and three Youth ODIs in a one-month tour in United Kingdom.

Asalanka who is currently with the Sri Lanka ‘A’ team will join the U19 squad in England while the rest of the squad departed in the early hours on Sunday. The talented Richmondite led the Sri Lanka U19s in the ICC U19 World Cup in Bangladesh earlier this year.

Before the team took wing to England, Sri Lanka Cricket (SLC) President Thilanga Sumathipala addressed the players and their parents at the SLC HQ, “It is a rare opportunity to all of these 15 players to be a part of this tour to England. Do your best and most importantly, play as a team and bring back glory to our country. Before you all break into the domestic scene, this will surely be a great stepping stone.” He said.

After a successful series against South Africa U19s at home under the leadership of Avishka Fernando, the junior selectors have decided to bring back a few experienced campaigners in the likes of Asalanka, fast-bowler Lahiru Kumara and all-rounder Wanindu Hasaranga into the squad to boost their chances of beating the strong England side.

Avishka has been named the vice-captain of the side while the senior players in the caliber of Sammu Ashan, Damitha Silva & Jehan Daniel who were a part of the Sri Lanka U19 team in the ICC U19 World Cup in Bangladesh and the South African series have also been named in the squad.

Wicket-keeper batsman Dilan Jayalath of Trinity College has been named in the U19 squad for the very first time. He had a successful 2015/16 schools cricket season scoring more than 1000 runs.

Right arm seamer, Asitha Fernando was also supposed to join the U19 squad from the ‘A’ team for this particular series but the national selectors have advised the SLC to bring him to Sri Lanka for the upcoming Australia Test series.

“England will be a different ball game. Doing the basics right will be very crucial and our shot selection is also another important aspect of our game. We did really well against South Africa U19s and I’m pretty sure, we can succeed in England as well. To prepare for this series, we even played the South Africa U19 three-day matches using the Duke balls.“ Sri Lanka U19 Head Coach, Roy Dias said exclusively to ThePapare.com at the team departure.