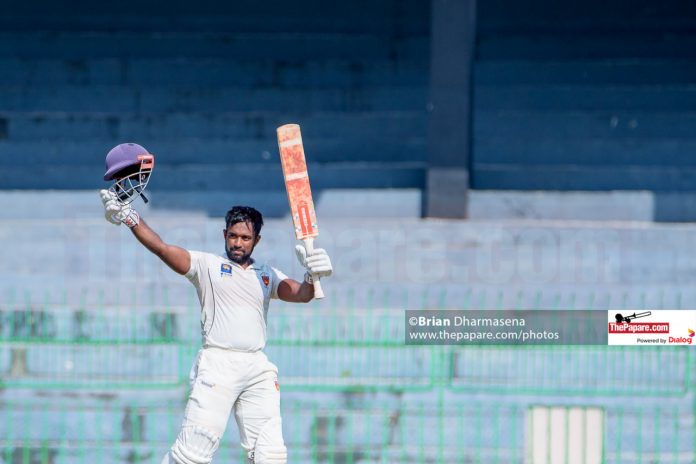 Charith Asalanka has been appointed as the captain of the emerging squad of Sri Lanka which will take part in the Emerging Teams Asia Cup. Sammu Ashan will be his deputy while Asela Gunaratne and Sandun Weerakkody have also been called up.

Defending champions, Sri Lanka is co-hosting the tournament with Pakistan. The tournament begins on the 6th of December.

Former Sri Lanka under-19 captain, Charith Asalanka was very impressive in the recently concluded SLC Major Emerging League. He was the chief architect in his club’s way to the title. He slammed a swashbuckling century in the finals to see his team home by first-innings points. He was also the Man of the Series in last year’s edition of the Emerging Teams Asia Cup.

Assisting him will be another promising prospect in the domestic circuit, Sammu Ashan. Asela Guneratne, who couldn’t find a spot back in the Sri Lankan team after his fall out in January due to injury, has also been selected to this squad.

Explosive left-hander Sandun Weerakkody, who was out of the Sri Lankan squad ever since his debut tour to South Africa has also finally come under the radar of the selectors again following his prolific run in the SLC Major Emerging League 2018.

The schoolboy, Nishan Madushka, who just finished his Sri Lanka U19 career has also been added in the squad while the rest of the squad is mostly the one that played against the South African emerging team in August, this year.