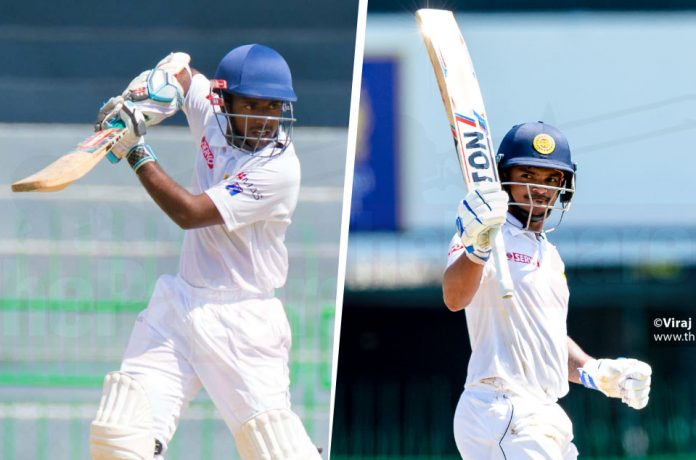 After winning the toss, the SSC skipper opted to bat first and posted a solid score of 385 runs for 8 wickets before declaring the innings in the 85th over. Left handed batsman Charith Asalanka who just got called up to represent Sri Lanka in tests, showed his worthiness in white colors scoring a splendid century.

In addition, in-form left handed batsman Sandun Weerakkody who scored a century in the semi-final match against Galle Cricket Club contributed with a knock of 84 runs for SSC. Off spinner Mahesh Theekshana who was discarded from Sri Lanka Under 19 Asia Cup squad recently, picked up 3 wickets for 76 runs while Kavishka Anjula and Chalana De Silva grabbed 2 wickets each for Colts.

In reply, the Colts batsmen were 12 runs for 1 wicket at stumps on day one. The match will continue tomorrow for day two.