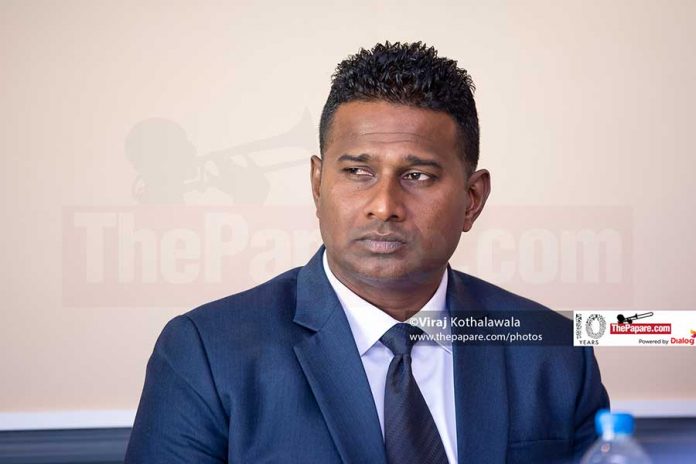 Suspended Sri Lanka ‘A’ team coach, Avishka Gunawardene swears innocence to the charges made on him by ICC on behalf of the Emirates Cricket Board (ECB) regarding the T10 League.

Gunawardena states that he is hoping to appeal against the charges which were pressed on him by the ICC and also is hoping to question SLC on the legal grounds of his suspension based on an allegation raised against him ‘without even inquiring whether he is guilty or not’.

According to Gunawardene’s counsel, Chrishmal Warnasuriya four players were questioned by the officers and 3 of them claim Avishka is innocent and the accusation against him is based on one single player’s account.

Avishka Gunawardene and Nuwan Zoysa charged for corruption by ICC

“It appears that the so-called charges are only based on the allegation made to the ICC by one single player, whose own personal records speak volumes of his own integrity. It just so happens that this player is one that I have, on more than one occasion, left out of tournaments and teams, mainly due to his lack of discipline and unsatisfactory fitness levels,” said Gunawardene at a special press meet held today, 13th May, in Colombo.

He also said, “Based on their purported allegations my employer, SLC has suspended my services and taken disciplinary action against me without even an inquiry from me whether I am guilty or not; well let me state unequivocally that I am innocent of all these charges.”

Gunawardene was charged by the ICC on behalf of the ECB for breaching of the ECB Anti-Corruption Code for Participants for the T10 League on the 10th of May 2019.

According to the ICC; he is been charged for breaching the following two counts.

Article 2.4.5 – Failing to disclose to the ACU (without unnecessary delay) full details of any incident, fact, or matter that comes to the attention of a Participant that may evidence Corrupt Conduct under the Anti-Corruption Code by another Participant.