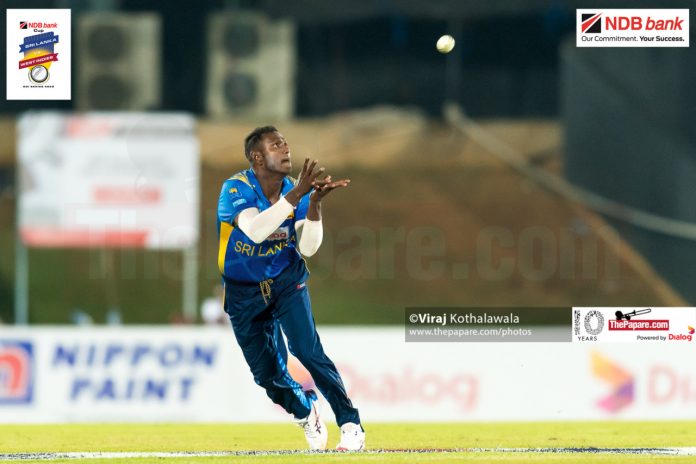 Spare a thought for that man Kieron Pollard.  He wins the toss at Suriyawewa, puts the opposition in, his strike bowler gets two wickets in successive balls and then there’s nearly a third but the captain drops a dolly.

Then to rub salt into the wound, Kusal Mendis goes onto get a century, making the most of the reprieve. Pollard’s misery is not over yet. He doesn’t pick a wrong’un and is bowled first ball as West Indies crash to a heavy 161 run defeat, their worst against Sri Lanka.

Pollard of course is no slip fielder. But as captain he can decide where he wants to field and given the heat at Hambantota, slip is a fairly comfortable place to be in. Slip is such a vital fielding position and over the years we have had specialists fielding there. Australia had Mark Taylor and Jacques Kallis was ever reliable in that position for South Africa. Rahul Dravid finished with 210 catches, a World Record. Our own Mahela Jayawardene had few peers when it came to slip catching.

Focus on Sri Lanka’s poor running between the wickets

But over the years, the idea of slip fielding has changed. Even in this day and age when a lot of emphasis has been placed on aspects like fitness, captains tend to hide their worst fielders at slip. Sri Lankans have been the worst offenders in recent times with all their liabilities going to the slip cordon.

Catching, be it at slips or in the outfield, is such a vital discipline in the sport. There is a point that West Indian legend Clive Lloyd keeps harping on – catches win matches.  He has been saying that since the inaugural World Cup in 1975 and time and again we have admired how important it is to field well.

South Africa were in fact pushed out of a World Cup final in 1999 after Herschel Gibbs took the catch to dismiss Steve Waugh but spilt it trying to celebrate too early. Waugh’s legendary words, ‘Son, you have just dropped the World Cup,’ were perhaps the most remarkable words that have ever been spoken on a cricket field.

We used to be the team that grassed catches regularly – grin and bear – became a frequent sight for us. Thankfully Mickey Arthur has put down his foot when it comes to fielding and a lot of emphasis has been placed on this vital, long neglected discipline. Still, we aren’t the finish article.  Lakshan Sandakan put down a dolly at short fine leg when Sunil Ambris was on seven. Unless Sandakan tidies up his fielding, he is unlikely to be part of Sri Lanka’s 2023 plans.

Dropped catches can not only be embarrassing but often lose you games too. In the last two years, there have been two instances where Sri Lanka were pushed out of tournaments because of dropped catches.

We were in Cardiff, the Welsh capital, during the Champions Trophy in 2017. The game between Sri Lanka and Pakistan virtually became a quarter-final with the winners progressing to the semis. Chasing 237 to win, Sri Lanka had Pakistan at 137 for six and then the simplest of chances by skipper Sarfraz Ahmed was dropped at mid-on by Thisara Perera.  Sri Lanka made an early return home and coach Graham Ford lost his job. Pakistan went onto win the title as Thisara became the butt end of jokes.

Sanjay Manjrekar, the former Indian cricketer who was one of the commentators said that Pakistan should be thanking Perera for entering the final. Sarfraz himself was put in an uncomfortable position asking to explain how he felt about the dropped catch. He put it plainly saying, ‘I will remember it for the rest of my life and Thisara will remember it for the rest of his life.’

There was newfound hope when Chandika Hathurusingha was appointed Head Coach in December 2017 that he will address the fielding woes. But there were no significant improvements. Instead, Hathurusingha promoted some players who were liabilities on the field.  Picking Dilruwan Perera in the ODI squad for the Asia Cup was a big mistake.

True to form Dilruwan let off Mushfiqur Rahim before he had reached double figures and he went onto post a career best 144. The selectors had to wait till disaster struck to be firm and since then Dilruwan has not been picked for any white ball cricket.

On another point, it is great to travel to Hambantota again to watch cricket. It is only a matter of time that this venue becomes a major attraction among fans again. We remember the first time West Indies were there in 2010. It looked as if the stadium was inside a jungle as there was little habitation beyond Suriyawewa. This was during the pre-highway era and it took us some eleven hours to get there from Colombo. We travelled through Rathnapura, Eheliyagoda and Embilipitiya to get there. All what it takes now is three hours from Colombo to get to the stadium. How times have changed.