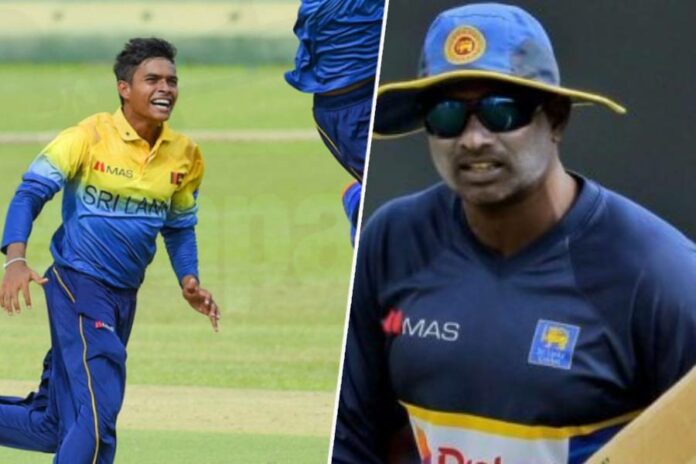 Sri Lanka U19s head coach Avishka Gunawardena reckons bowling is the strength of the team. He expressed these thoughts during a virtual press conference held on the 5th of Jan 2022.

The Sri Lanka U19 team is now undergoing a 3-day quarantine period in Guyana and will commence practices on the 7th of this month.

They will play 2 warm-up games prior to the World Cup against Uganda and Ireland on the 10th and 12th of January respectively at Guyana National Stadium.

Speaking to the press from the team hotel in Guyana, the U19 head coach said “We have done well in the past 4 months. We’ve lost only 4 matches (3 losses and 1 no result) in all our assignments during that period.”

“The bowlers are our strength. Especially, the spinners.” Gunawardena also mentioned that his team is looking forward to winning games in the World Cup mainly with their spin front and the fast bowling unit will act as a support.

“Except for Matheesha (Pathirana), the rest of the fast bowlers have been given the role of containing. Matheesha is a very good bowler and he is capable of picking wickets. So we use him with the old ball, he has more control with it, and has given him instructions to go attacking at all cost.” said Gunawardena.

He also did address the inconsistency in the batting and said that they are working on that with the batters. “We have told that at least one among the top five batters should bat till the 40th over. They do that on one game but fail on the other. So we need to work on that consistency.”

Being a former Sri Lankan batsman himself, Avishka reckons the conditions in Guyana are much similar to Sri Lanka. Although the intel is very limited, he thinks the conditions will suit this Sri Lanka U19 team’s style of play.

“Having Mahela with us is a huge plus. He brings in a lot of information and we hope to use those tactically for our betterment,” he added.

“The captain, Dunith Wellalage helps us to keep the team together and has proven himself as a very good leader. He is very positive. Even in the Asia Cup semi-finals, after looking at the green surface for the game, he and the boys readily agreed to bat first. That fearless attitude at this young age is very commendable of him and the team.” praised Gunawardena.

Sri Lanka U19s will play their round matches against Scotland, West Indies and Australia in Group D on the 14th, 17th, and the 21st respectively.