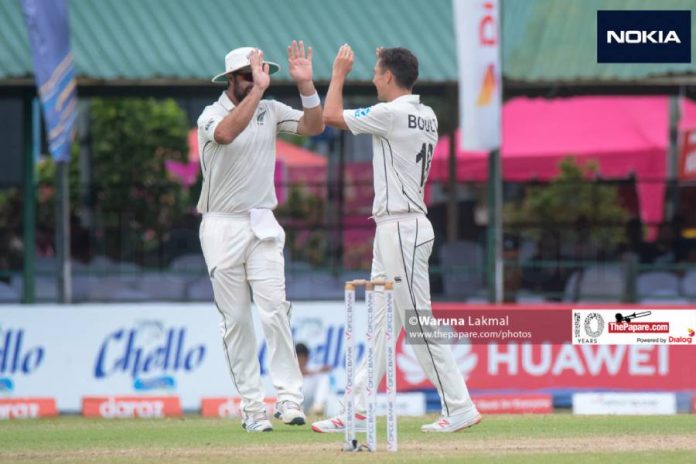 Injured Trent Boult and Colin de Grandhomme have been ruled out of New Zealand’s second Test against England in Hamilton. Northern Districts all-rounder Daryl Mitchell has been called up to the Test team for the first time whereas spinner Todd Astle and fast bowler Lockie Ferguson, who were released to play the domestic One-Day Cup, have re-joined the team.

Both Boult and de Grandhomme suffered muscle injuries in the first Test in Mount Maunganui, which the hosts won by an innings and 65 runs. Boult was only able to bowl one over on the final day and walked off the field after experiencing pain on the right side of his ribs.

“An MRI scan yesterday confirmed Boult had strained one of the muscles overlying his ribs on his right-hand side, but cleared him of any bone stress,” New Zealand Cricket said in a statement on Wednesday (November 27). “Colin de Grandhomme has a tear to his left lower abdominal muscle, sustained during the second fielding innings in the first test win over England at Bay Oval.”

Boult and de Grandhomme will now be recuperating for the upcoming three-test series in Australia starting December 7.