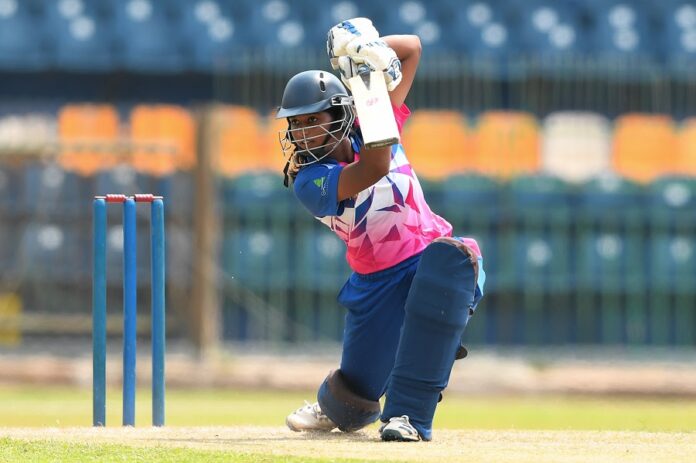 16-year-old Vishmi Gunarathne made the highest score (417) in the U19 Girls Inter Schools Cricket Tournament, guiding her side Rathnavali Balika Vidyalaya to the Quarterfinals of the tournament.

They managed to post a mammoth score of 567/2 in the allotted 30 overs thanks to Vishmi Gunarathne’s incredible knock. Gunarathne scored 417 runs off 128 balls with 49 fours and 29 sixes at a strike rate of 325.78.

As per available records, Gunarathne’s innings is considered the highest score in tournament history.

In reply, the Girls from Polonnaruwa were bowled out for just 35 runs, handing a massive 532-run victory to Rathnavali Balika Vidyalaya. This is also the highest team total and margin of victory in tournament history, according to available records.