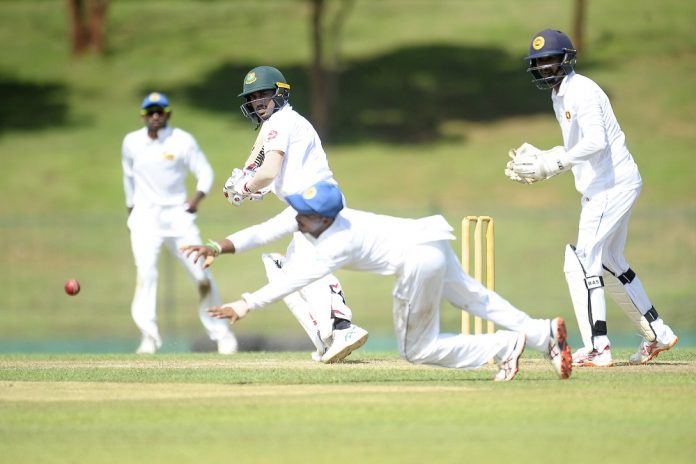 The first Unofficial Test between the touring Bangladesh ‘A’ side and Sri Lanka ‘A’ kicked-off today at the Mahinda Rajapaksa International Cricket Stadium in Hambantota. The tourists, taking first lease of the wicket ended the day on 270 for the loss of 6 wickets.

The 4-day match which was initially planned to take place in Katunayake from the 23rd of this month was rescheduled to begin yesterday due to persistent showers. However, it was announced that the match has been trimmed to a 3-day fixture and will begin on the 29th Sunday as the pitch was not in due condition.

The schedule of Bangladesh ‘A’ team’s 20-day long tour in Sri Lanka has been forced to be revised due TO………….

Ramesh Mendis finished as the pick of the bowlers for Sri Lanka today as he picked up 2 wickets in quick succession to jolt the Bangladeshi batting order after a superb opening stand of 90 between Jahurul Islam and Shadman Islam was broken by Priyanjan. The innings was however brought back on track by Mohammad Mithun together with Jahurul.

The duo added 137 runs for the 4th wicket as they guided their team to a strong position. Jahurul scored 90 while Mithun top-scored with 92 before Ashen Bandara’s brilliance in the field got the better of him providing a crucial breakthrough for the Lankans.

The two pacies who didn’t have much success throughout the day, ended the day sharing two wickets between them to leave the visitors 6 wickets down when bad light forced the game to be stopped 15 minutes ahead of schedule causing the loss of 5 overs. The Bangladesh team which is packed with national stars will resume their innings tomorrow with two of their World Cup squad members, Soumya Sarkar and Mehidy Hassan at the crease.