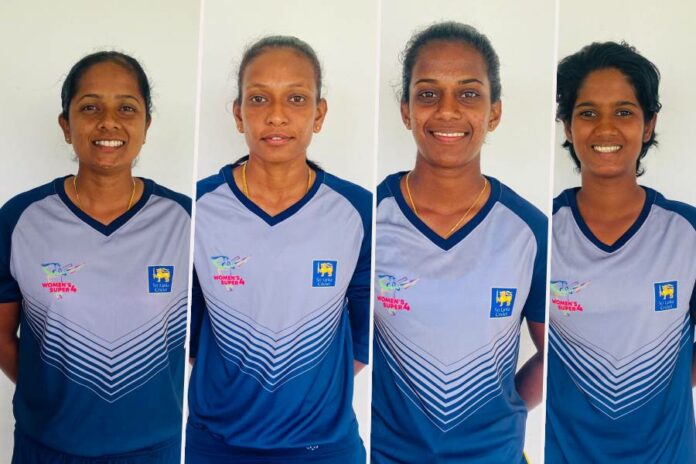 Greys who were asked to bat first made 201 runs in their 50 overs. Hansima Karunaratne top scored with a stable 36 while Kaushalya Nuthyangana scored 35. But it was Nilakshana Sandamini who provided the finishing touches for the Greys with a quickfire unbeaten knock of 34. For the Blues, Tharushi Rajakaruna, skipper Sathya Sandeepani and Hashini Liyanage took 2 wickets each.

Blues who came out to chase a target of 202 never really got going as the Greys bowlers managed to bowl with a lot of discipline to dismiss them for 77. Blues skipper Sandeepani was the only batter to go on 20 run mark with a score of 25 as the rest of the batters failed to contribute notably. Inoshi Fernando claimed 3 wickets for the Greys and the highly experienced Inoka Ranaweera also clinched 3 scalps.

The next encounter of the tournament will be between Greens and Reds on the 17th of November. Stay tuned with ThePapare.Com for all the latest developments from the Women’s Super Four 50 over the tournament.