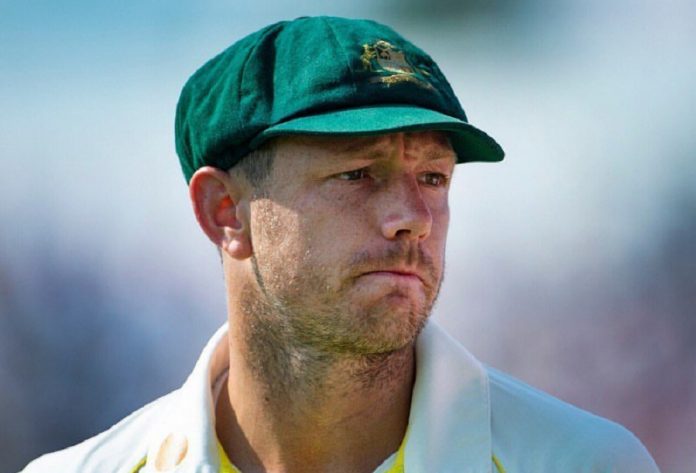 Australia fast bowler James Pattinson was suspended on Sunday for player abuse, ruling him out of the first Test against Pakistan this week with skipper Tim Paine saying he had let down the team.

It was not clear what he said, but the governing body characterised it as “personal abuse of a player while fielding”.

The Australian and the Sydney Daily Telegraph said it allegedly involved a homophobic slur.

Given it was his third breach in the past 18 months, the incident triggered a one-match suspension.

“We have a duty to uphold the highest standards of behaviour and the action taken in this matter demonstrates that,” CA’s head of integrity and security Sean Carroll said in a statement.

Pattinson’s ban opens the door to Mitchell Starc to play in the Test at Brisbane starting Thursday. The two were seen to be competing for one bowling slot to partner Josh Hazelwood, Pat Cummins, and Nathan Lyon.

Paine said he was disappointed, with the Australian team working hard to win back public support since the ball-tampering scandal last year led to long bans for Steve Smith, David Warner and Cameron Bancroft.

He told broadcaster ABC that Pattinson had “let himself down, he’s let the group down“.

“We actually had a chat last night about the fact that we hold ourselves to a really high standard now with our behaviour,” Paine said.

“That’s not just while we’re playing (Test) cricket, we’ve got to go back to domestic cricket and lead the way on that front as well.

“We’re disappointed … but James has owned up and knows he’s made a mistake and has apologised for it and will come back bigger and better.”

Pattinson admitted he “made a mistake in the heat of the moment”.

“Straight away I realised I was in the wrong, and I apologised immediately, both to the opponent and to the umpires,” he said.

“I have done the wrong thing and accept the penalty. I’m gutted to miss a Test match, but the standards are there for a reason and the fault is mine.”

CA said no replacement will be called up for the Test squad.