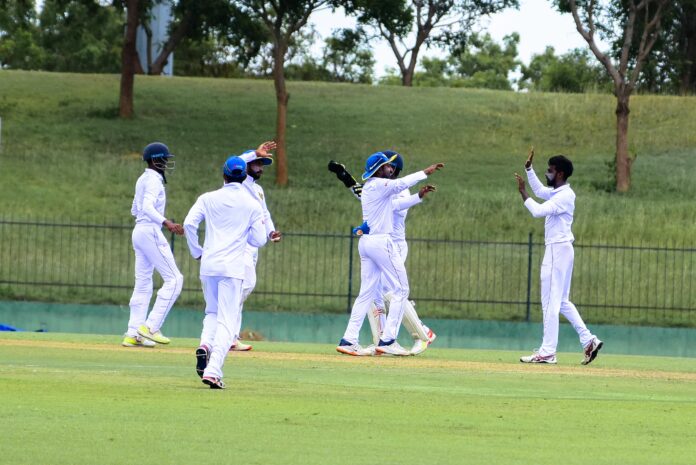 The second unofficial Test between Sri Lanka ‘A’ and Australia ‘A’ continued for day two today (22nd June) at Hambantota.

Matt Renshaw and the skipper Marcus Harris opened the innings for the visitors after Sri Lanka declared their first innings on 330/9 in the morning session on day two.

The duo provided a solid start for the visitors adding 68 runs for the opening wicket before the left-arm seamer Dilshan Madushanka broke the partnership in the 17th over.

However, the Australian middle order was exposed by the off-spinner Lakshitha Manasinghe as the visitors were restricted to 254 runs in 74.3 overs.

Manasinghe was the pick of the bowlers for the hosts as he picked up 5 wickets for 82 runs while the left-arm seamer Dilshan Madushanka starred with the ball snaring 3 wickets for 43 runs.

Sri Lanka began their second innings 76 runs ahead but lost 2 quick wickets for 27 runs at the end of the second day’s play.

Australia A Team won by 5 wickets