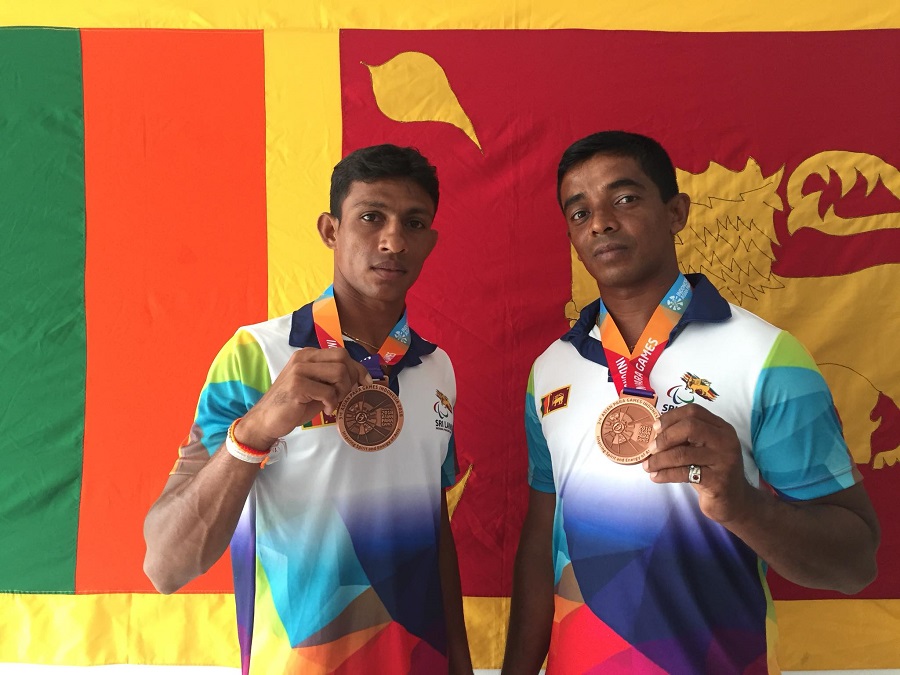 The pair could only make the round of 32 in their singles run but all eyes were on the doubles event. Dharmasena and Ranaweera are best known for their incredible doubles combination, winning 16 medals during their recent stint in the Malaysian circuit.

Playing a straight quarter final, the duo faced off against locals Puji Somartono and Agus Fitriadi. The Lankans found no threat in them, beating them comfortably in straight sets, 6/1, 6/1, moving up to the semifinals.

However, their final dreams were dashed by Takashi Sanada and Shingo Kunieda of Japan when they massacred Dharmasena and Ranaweera 6/0, 6/1. Medal hopes were not lost for the Lankan pair though as they found themselves in the third-place play-off against Suthi Khlongrua and Sunthon Sridaeng of Thailand.

The game didn’t last longer than an hour as the Sri Lankans in wheels pounced on their opposition from the get go. The Thai pair was no match for Sri Lanka’s no.1 Men’s Wheelchair Doubles pair as the Bronze was in the grasp of Ranaweera and Dharmasena in straight sets, 6/1, 6/2.

Little credit is given to these war veterans who have always performed stunningly in the international stage of Wheelchair Tennis.