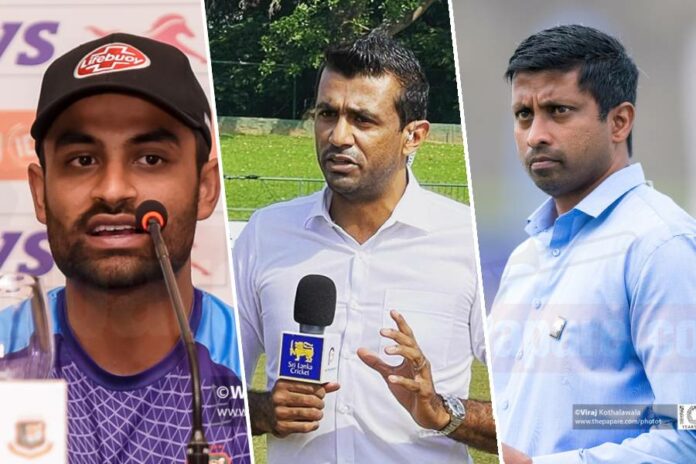 Former Sri Lankan cricketers Russel Arnold and Farveez Maharoof and Bangladesh ODI skipper Tamim Iqbal have picked their favorites to win the upcoming T20 World Cup which will be held in UAE and Oman next month.

Arnold, Maharoof and Iqbal appearing on the fomer’s YouTube channel “Chilling with Russel” discussed the upcoming T20 World Cup and favorites to win the title this time around.

“India and Pakistan have a better chance to win it, specially I think India has a very strong team” Iqbal said.

When Arnold was asked about his predictions for the world cup, he responded saying that India, West Indies and New Zealand are the favorites to win it this time around.

“The teams to watch out for are India, West Indies and New Zealand. The New Zealand team is very unpredictable. They tend to compete in unbelievable ways. They don’t have much depth but with the little bit of resources they have, they will hit you hard.” Arnold said.

Maharoof also named India and West Indies as favorites like Russel did but also named England citing that they have the firepower to go all the way.

“India, West Indies and England are the teams to lookout for. I also name Pakistan because when it comes to world events, we can’t write them off as they just suddenly become the team that everyone wants to beat.” Maharoff said.