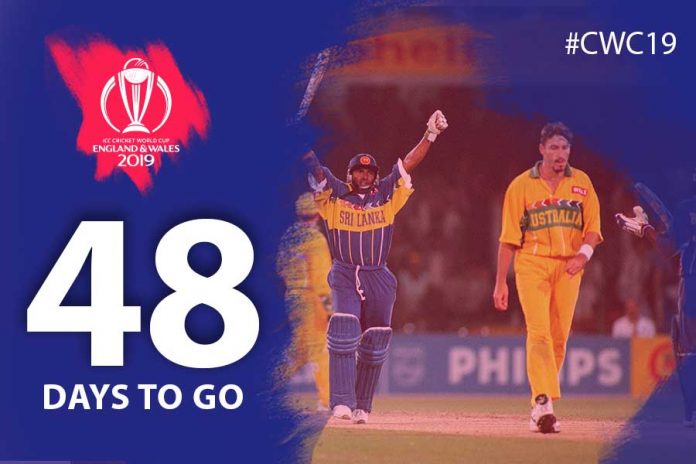 Looking at Aravinda de Silva batting, you often get the impression that he was at his best when faced with a crisis.

He told ThePapare’s Legends programme recently that his stunning 167 at the Gabba in 1989 was a result of Simon O’Donnell running the team down. It has happened throughout his career. In 2002, he had faded away and was heavily involved in his business having given up the sport. There was no hope for him to make a comeback.

When Michael Tissera was appointed Chairman of Selectors, he called up Aravinda for a meeting and asked him whether he still wanted to play Test cricket. Aravinda agreed to give it a try but Tissera wanted him to lose weight. That started off a tremendous fitness schedule on his own initiative; Aravinda lost 14 kilos in six weeks.

A call up to the Sri Lankan side came up immediately and he faded away brightly with the 2003 World Cup being his swansong. Those flicked sixes off Brett Lee at the Centurion still linger fresh in the memories of cricket fans.

Not only adversity but praise too brought the best out of Aravinda. A stint with English county Kent in 1995 made the world take note of him and he returned home with self belief.

Then six months prior to the ICC Cricket World Cup, Sir Richard Hadlee when asked which team he was picking to win the 1996 World Cup, he pointed to the Sri Lankans. Aravinda was the man to watch out for, said Hadlee.

This again brought the best out of Aravinda. Six months prior to the World Cup he decided to turn vegetarian. For someone who loved his food, turning vegetarian was a massive call and it took all his teammates by surprise. They had a feeling long before the World Cup started that Aravinda was going to do something special during the tournament.

Alex Kontouris, who was the physiotherapist with the Sri Lankan team and worked closely with Aravinda at that time, had this to say. ‘Aravinda is the batsman in the world. He is also my best friend.”

Aravinda is perhaps the best loved Sri Lankan cricketer overseas, certainly in India. That stunning half-century he made in Calcutta was out of this world. On a track where all batsmen struggled, Aravinda looked to be playing on a different surface.

Sri Lanka had lost both openers in the first over itself. Aravinda played as if there was no pressure and he was untroubled by the situation in front of 100,000 fans. His half-century came off just 32 balls and contained 11 fours.  This was no slogging – most of his shots were drives off the spinners, who were brought into the attack early. Reputed cricket writer Christopher Martin-Jenkins went onto say, ‘Aravinda uses the bat as a lady might use her fan.’

He didn’t stop there, going onto make a memorable unbeaten hundred in the final in Lahore as Sri Lanka went onto create history.

There was this school of thought among his peers that the best of Aravinda came out when the opposition was tough or the conditions were challenging. For example, he always did well against Pakistan, who probably had the best attack at that point. Eight of his 20 Test hundreds were scored against Pakistan while he bothered to score just a solitary hundred against Zimbabwe.

Pity that opportunities were few for him during the early days. From March 1986 to August 1992, for six years, he didn’t get an opportunity to play a single Test match at home as there was little cricket in Sri Lanka due to political unrest.

After 16 years in the international circuit, Aravinda ended with 93 Test matches. Comparatively, Dimuth Karunaratne has been around the scene for less than seven years but has already featured in 60 Test matches.