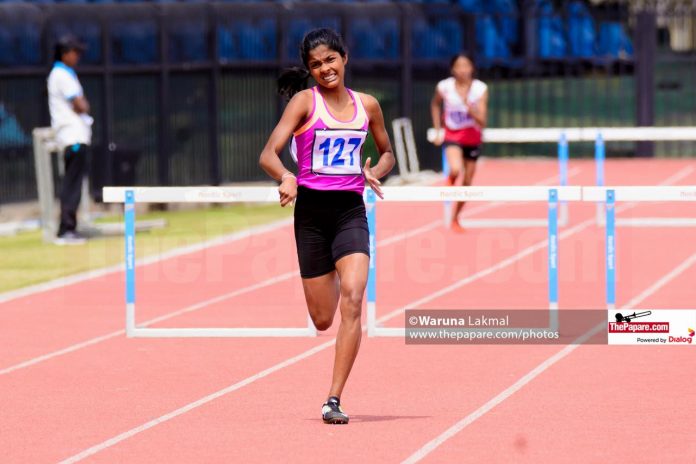 Sri Lanka closed the 3rd Asian Youth Athletic Championship 2019 with three medals and a Silver and a Bronze being added on to that tally today (17th) which was the last day of the competition. 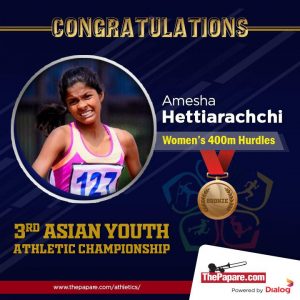 Promising young hurdler Amesha Hettiarachi of Viharamahadevi BV Kandy secured Sri Lanka’s second medal of the competition winning Bronze in the women’s 400m Hurdles clocking a time of 1:01.42. Amesha did not have a great start to her race but compensated well in the second half to steer home the Bronze medal. Arisa Weruwanarak of Thailand won Gold while Jui-Hsuan Yang Taipei was placed second.

Sri Lanka’s third and the final medal came through the Men’s Medley Relay where the young Sri Lankan athletes managed to secure a Silver medal. In the Medley Relay the athletes have to complete 100,200,300& 400m respectively in the four laps. Sri Lankan team consisted of Hirusha Hashen, Shemal Milinda, Isuru Abeywardane and the Silver medalist in the individual 400m Navishka Sandeesh. Despite a poor start in the first two laps where the Sri Lankan sprinters could not capitalize Isuru Abeywardane delivered an impressive run as he managed to cut down the gap between him and the four other athletes in front of him, Despite Isuru’s terrific run last lapper Navishka received the baton with Sri Lanka in 5th place but delivered a terrific well measured out run where he went into a totally new gear in the final few meters of the race to secure Sri Lanka’s and his second Silver of the meet. India won the Gold medal of the event with China coming in third to win the Bronze. 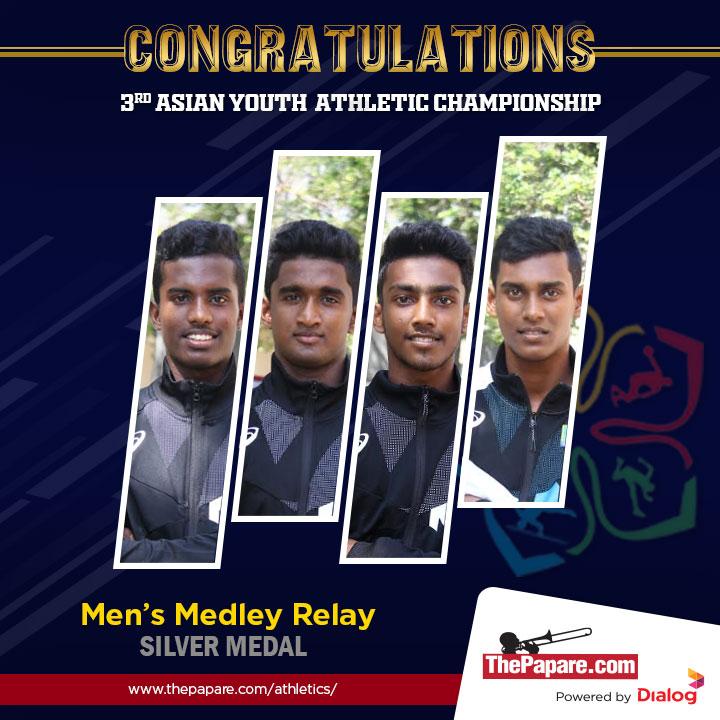 Skipper of the Sri Lankan contingent Shanika Lakshani was unlucky to miss out on a podium finish despite a valiant effort in the 800m as she was placed 04th in the final. Similiarly high jumper Nethmini Pallegama was placed fourth in the women’s high jump finals. She managed to clear the height of 1.65sm but failed to clear the Bronze medal mark of 1.69 in the three allowed attempts.

With a team of 13 members, Sri Lanka managed to secure three medals at the 3rd Asian Youth Athletic Championship. The young athletes have made Sri Lanka proud with the three podium finishes and also the spirited performances dished out during the competition.