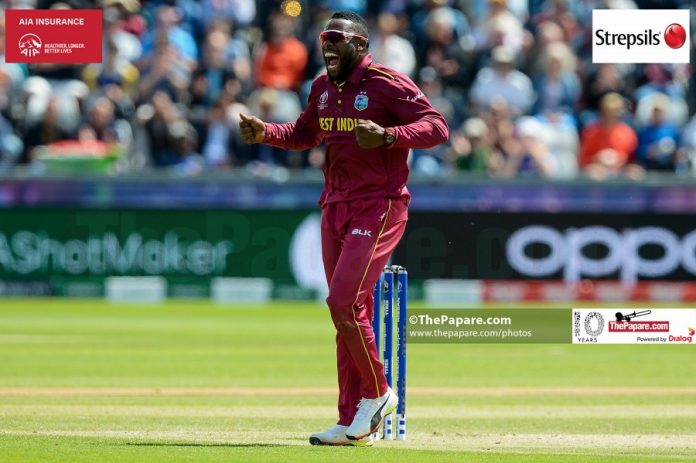 Batsman Shai Hope and fast bowler Alzarri Joseph have not been included in a 15-man West Indies squad to take on India in the forthcoming T20I series. The two changes have been enforced following the defending T20 World Cup champions’ series defeat against Afghanistan.

Hope, who was called in as cover for Denesh Ramdin, played only one T20I in the Afghanistan series and scored a 46-ball 52. The talisman’s absence from the squad is likely to be part of the team management’s decision to try out different combinations ahead of next year’s T20 World Cup in Australia.

Hope will, however, continue to serve as Kieron Pollard’s deputy in the three-match ODI series that follows. Nicholas Pooran, who missed the three T20Is against Afghanistan with a suspension for tampering the ball, will be available for selection from the second T20I.

Meanwhile, Fabian Allen, who missed out the series against Afghanistan after picking up a knee injury in the first game, has returned to the side after being passed fit. Denesh Ramdin, who picked up hamstring trouble, is also fit again.

“In the T20s this will be another chance for them to play and development, and again no disrespect to Afghanistan, this should be a stronger T20 country and we will look to see how they perform against India,” head coach Phil Simmons.

“The next World Cup is in Australia (2020) and the one after that is here in India (2021) so there is a lot of preparation to be done for first for Australia, so we have given the players here a chance in this series and we know we have players outside who may be coming in later on as well, so it’s good to give those here another opportunity.”

For the ensuing ODI series, the selectors have retained the squad that recently blanked Afghanistan 3-0 in Lucknow.