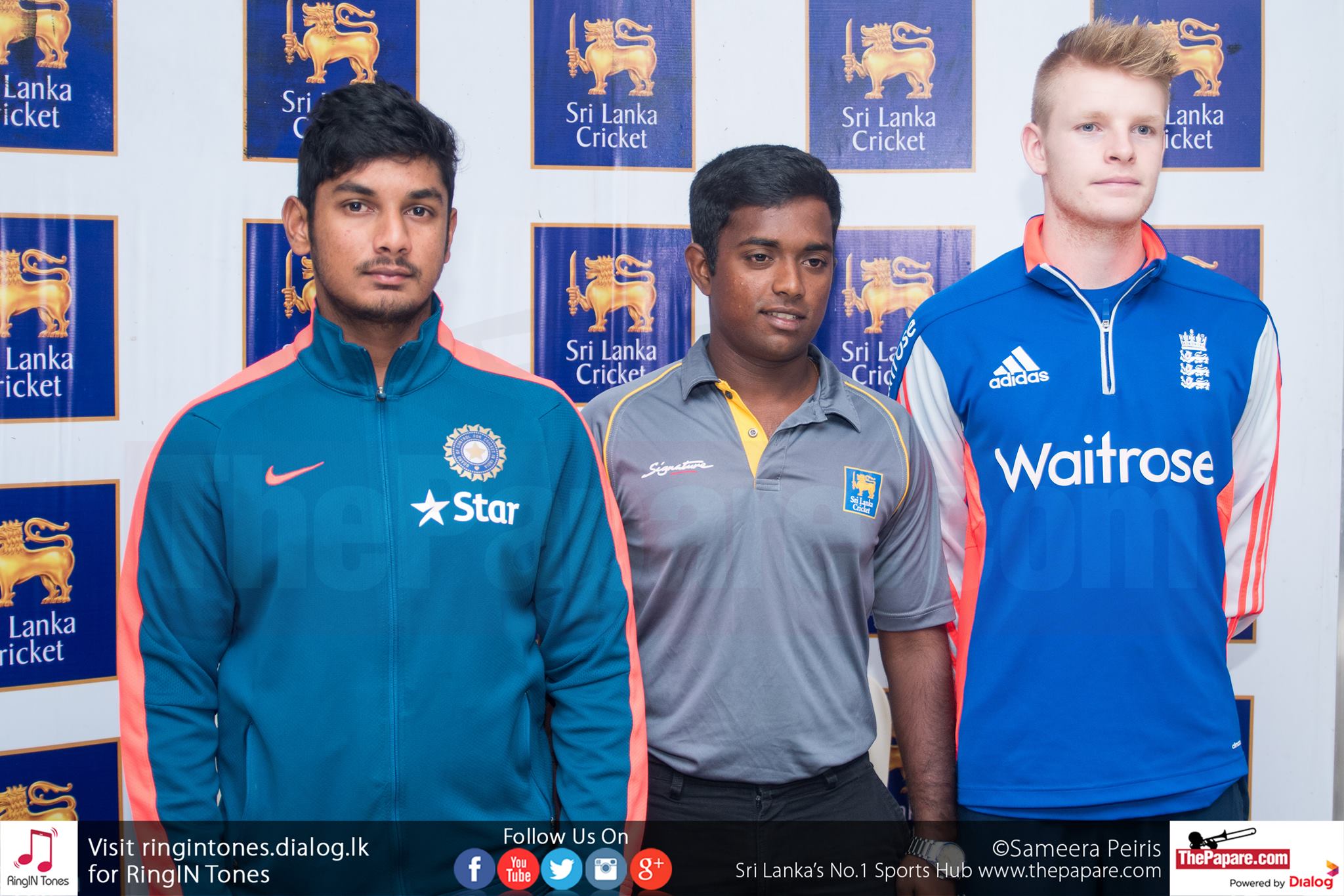 With the ICC Youth World Cup 2016 to be played in January in Bangladesh, this will be the ideal series for all three nations to gear up their preparations.

Sri Lanka Cricket Head of Cricket Operations and the mastermind of all these tournaments Carlton Bernadus shared his views at the start of the press conference, “This will be a great opportunity for all the players to prepare well for the upcoming World Cup. We are not just looking at this World Cup but to produce these youngsters to be great cricketers in the future. According to weather reports, we should be able to conduct this tournament successfully. ”

The Indian batting legend, Rahul Dravid will be the head coach of the Indian team and he made his thoughts to the media, “From the Indian perspective, this tournament is very important as our preparations for the World Cup got bit delayed. We had a successful tri-series with Afghanistan and Bangladesh last month. There are around 6-7 players who have played first-class cricket back in India. I hope the sun shines in Colombo for the next few weeks.”

“We already know that this level of cricket is very tough but I am sure this series will be a great stepping-stone for all these youngsters. India and England will pose a severe threat but we are up to the challenge.” Sri Lanka under 19 coach, Roger Wijesuriya said.

England under 19 coach, Andy Hurry made his comments before this high-profile tournament, “This is an incredible opportunity to the English players to play against two top teams in Asia. Most of our players have played county cricket and we are looking forward to build the perfect combination before the World Cup.”

There are three experienced players in the Indian squad Ricky Bhui, Sarfaraz Khan and Avesh Khan, all of whom played the last 2014 World Cup in Dubai. Sri Lanka or England does not have a single player who played the last Youth World Cup in UAE even though players like Sam Curran of England have shared the dressing room with Sri Lanka batting legend Kumar Sangakkara back at Surrey.

Sri Lanka youth skipper Charith Asalanka was very confident of his team, “We showed excellent maturity and experience while playing against Pakistan. I am extremely confident in my team and we want to win this tournament badly.”

The ICC have made December 22 as the cut-off date to announce the final squad for the Youth World Cup. All players from these three nations will need to play to their best of ability in order to guarantee their ticket to Bangladesh in January.