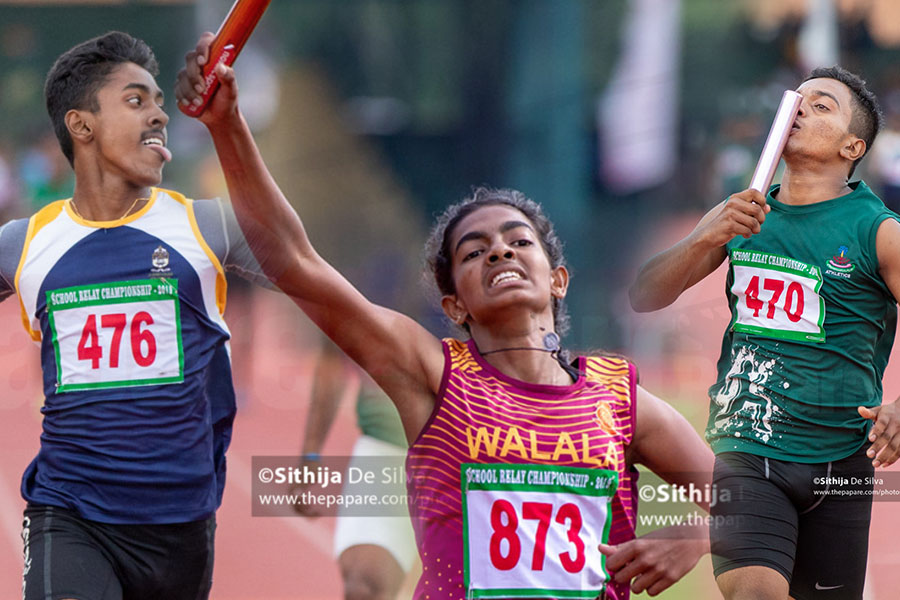 Two giants in the schools’ athletics arena, St. Peter’s College and Walala A. Rathnayake MMV bagged the overall championship titles at this years’ All Island Relay Carnival, held over the past three days at the Sugathadasa Grounds.

The much-celebrated Schools’ Relay Carnival was previously all set to be held at the Welagedara International Stadium in Kurunegala, but with the unpredictable weather situation, the schools’ officials decided to move it to the synthetic tracks of Sugathadasa.

This years’ meet commenced on the 20th September and saw its final rounds this evening (22nd Sunday) to crown the inevitable champions, Walala A. Rathnayake MMV and St. Peter’s College as the champions of 2019.

Both these schools are coming in hot after the recently concluded Ritzbury Sir John Tarbat Athletics Championship where they won the overall titles in similar fashion. Continuing the momentum, the track and field stars of Walala and Bambalapitiya, owned the Sugathadasa stadium over the three days, proving once and for all why they deserve the titles.

In the senior Under 20 category, Walala A. Rathnayake managed to clinch the record in the 4x400m relay.

The overall Mixed School title went to Walala A. Rathnayake Vidyalaya with 180 points with Dharmapala Vidyalaya finishing in second place with 55 points and Sir John Kothalawala College in third place with 53 points.

With a whopping 125 points, the Girls team of Walala A. Rathnayake won the overall title beating out Holy Cross College Gampaha and Dharmapala Vidyalaya who finished behind with 79 and 43 points respectively.

Stay logged on to ThePapare.com for videos, interviews and race clips from the All Island Schools’ Relay Carnival 2019!