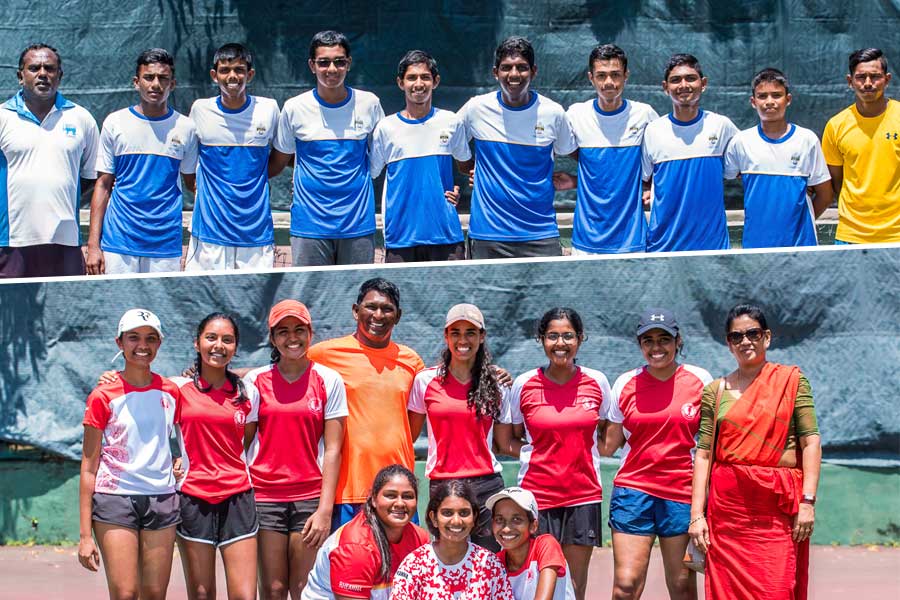 St. Peter’s College and Ladies’ College emerged victorious in the Boys’ U17 and Girls’ U19 categories respectively, as the 2018 All Island Interschool Tennis Tournament drew to a close.

The two semifinals worked off yesterday for the Cup and Plate championships in the Boys’ U17 category, locked in Royal College facing St. Peter’s to face off. For the U19 Girls’ Cup, Bishop’s College were drawn against Ladies’.

Royal College took on St. Sebastian’s College A team in the Cup semifinals. With a convincing win of the first three rubbers, Royal cruised through to book the first spot in the final.

Meanwhile, in the 2nd semifinal, St. Peter’s College was made to sweat by the boys from Ananda as they pushed the Bamba boys to the brink. However, St. Peter’s was able to pull themselves out of a hole winning the tie by one rubber, 3 – 2 to advance to the final phase.

St. Peter’s College pulled a rabbit out of the hat besting the Royalists by 2 and won the championship 3 ties to 1. The Royalists were only able to hold on to the 1st Doubles rubber which won them 8 points, but the Peterites did well to win the 1st and 2nd Singles and the 2nd Doubles to close off the tie as they were crowned as Cup Champions of 2018.

In the Girls’ U19 category, Bishop’s College and Ladies’ College qualified for the finals with unblemished records in their semifinal ties. Bishop’s College was up against Hillwood College, Kandy and won three straight rubbers consecutively to book a spot in the final.

In Group B, Ladies’ College had similar results, beating St. Bridget’s 3 – 0 to advance to the final.

In the final, Bishop’s College got off to a flying start, taking the 1st Singles rubber. But, it was all Ladies’ from thereon, as they won the 1st Doubles, the 2nd Singles and the 2nd Doubles to clinch the U19 title of 2019.

Meanwhile, the 3rd place title was won by Hillwood College Kandy, when they beat St. Bridget’s Convent 3 ties to 1.

The U19 boys’ tournament is yet to be played, while Ladies’ College emerged champions of the U17 girls tournament as well.

Final Results of the All Island Interschool Tennis Tournament 2018 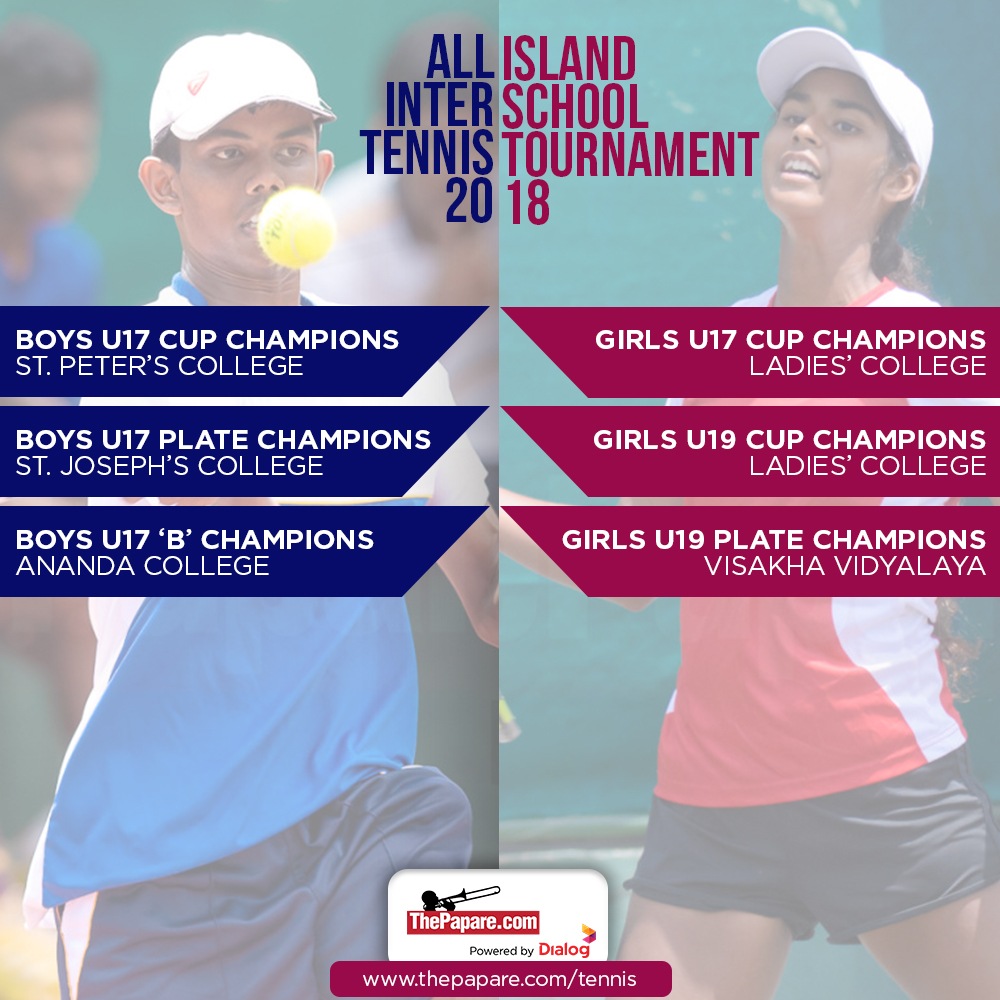