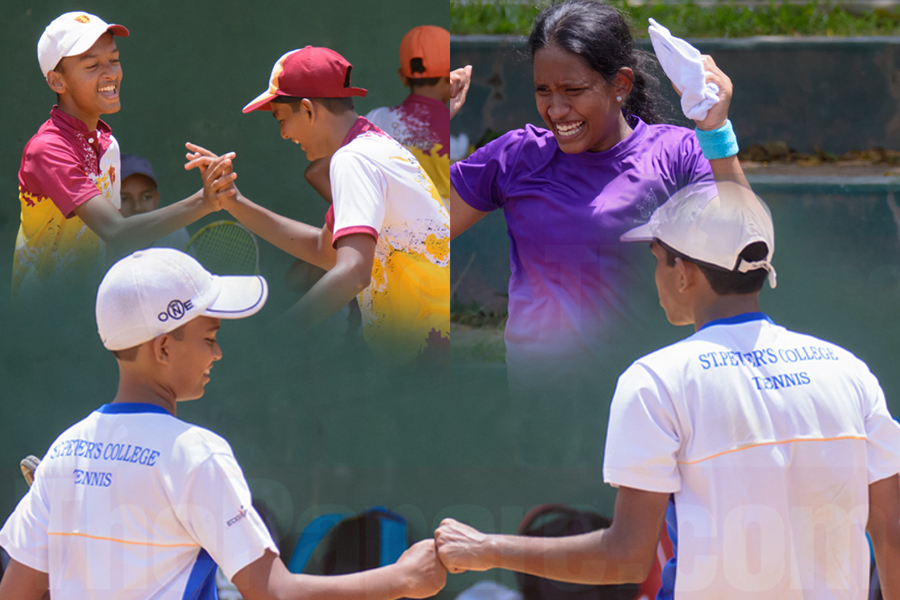 After a lapse of one year, Sri Lanka Schools’ Tennis is back on the courts with the remainder of the 2018 All Island Interschool Tennis Tournament commencing yesterday.

The 2018 All Island Interschool Tournament was rendered incomplete due to time constraints last year. Having only finished the junior age groups in the allotted time, under 13 and under 15, the senior age groups (U17 & U19) were postponed till further notice.

The tournament was scheduled to reboot in the first quarter of the year but with local tournaments, AGM debacles and other junior tours, postponement was inevitable.

Finally, after almost 365 days, the tournament kicked off at the Sri Lanka Tennis Association courts yesterday, 1st July, with the seniors returning to the courts for one last round of Schools Tennis.

Gateway College took on the more dominant Visakha Vidyalaya in the first straight semifinal and suffered a 4 – 1 loss in their debut entry to the tournament. Gateway were only able to win their 2nd singles match which won them 7 points but the other 4 matches were dominated by the Visakhians.

In the other semifinal, the once dominant Musaeus College went down to Ladies’ College in a humiliating whitewash, 5 – 0. In the cross play to reach the finals, Ladies’ College went on to record another 4 – 1 win against Gateway College, giving away just the 3rd singles encounter to the opposition.

The other tie between Visakha Vidyalaya and Musaeus College will be played today along with the finals and 3rd place playoff.

St. Peter’s College won both their Group stage encounters against St. Sebastian’s College “A” and D S Senanayake College, 4-1 and 5-0 respectively. St. Sebastian’s were able to snatch a win in the 2nd Doubles from the Peterites while the Senanayakians failed to collect points.

Ananda College “A” had a similar run to St. Peter’s winning both their allocated ties. They beat St. Joseph’s College 4 rubbers to 1, losing only the 1st singles. Against Gateway College, Ananda spared no points, winning the full 35.

Royal College had a stellar start to the tournament, winning both their encounters to reach the semifinal stage. Royal won their opening fixture against Gateway 5 – 0. St. Joseph’s came back strong from their defeat against St. Peter’s to put up a good fight, only to go down 3 – 2 to the mighty Royalists.

In another shocker, Visakha Vidyalaya suffered a loss to St. Bridget’s College in the U19 segment early on in the day, losing by one rubber. St. Bridget’s pulled away with a 5-point lead to shock the defending champions.

Methodist College defeated Musaeus College in a 5-0 whitewash, 35 points to 0. Ladies’ College outdid the Bishopians 3 rubbers to 2. Hillwood College Kandy also upstaged Holy Family Convent 4 rubbers to 1. The Familians only managed to grab the 2nd Doubles in the tie, handing a convincing victory to the girls from Kandy.

The All Island Interschool Tennis Tournament 2018 is currently ongoing at the Sri Lanka Tennis Association. Keep it logged for more results and updates from the courts!