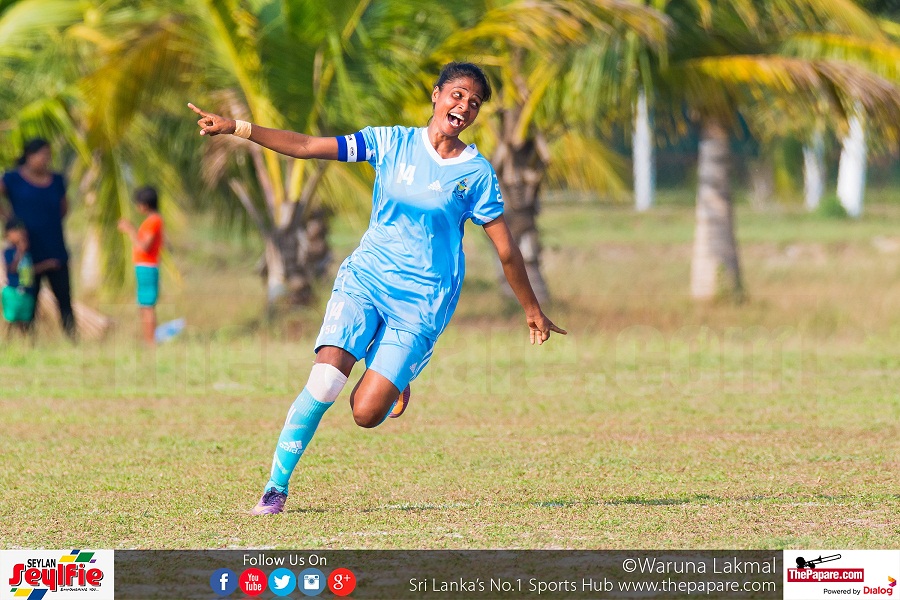 Air Force spoilt the Army title charge as they brought them down 3-2 in a Premiere League women’s division I clash worked off in the Ekala Air Force base grounds.

Air Force came into the tie with a mountain to climb if they were to have any shout for this year’s title. They took on an inform Army who were top of the table which made their task anything but straight forward.

Air Force matched up to the challenge in style as they put their visitors under immense pressure from the word go. They struck first blood as early as the 3rd minute through I.M.Withanage and went on to dominate the game.

They once again struck through R.S.Gunasekara as they doubled their advantage. Army was rocking at the back as they had answers for the constant questions thrown at them by the Air Force women.

Air Force inflicted more pain as a harmless in swinging free kick by C.S.Francis found itself into the back of the net summing up the half for the lady soldiers. Army on the flip side had a golden opportunity to pull one goal back after they were awarded a spot kick. E.K.Liyanage stepped up and was snubbed by S. Yuwarani in goal for the scores to remain as they were

Air Force took their three goal cushion into half time as Army had a mammoth task ahead in overcoming a three goal deficit as well as countering the torrid ground conditions.

Army’s response was instant as N.C.Karunarathna scored the opening goal for the visitors within a matter of minutes.

Army kept pushing however the Air Force defence held on to keep the Soldiers at bay. Through constant pressure Army finally broke through as E.K.Liyanage made amends through a free kick from about 25 yards out to make things interesting.

The latter part had chances for the rampant Army ladies however couldn’t find the end product to complete the comeback as the final whistle brought to an end the game and possibly the Army title charge this year.

Speaking to ThePapare.com post matc, the Asst. coach of Air Force SC N.Darshana “We played well in the first half. The cross field winds pegged us back in the second but the team did well to hold to the win. We should have scored more in the first half but we didn’t have the finishing touches we needed in the final third”