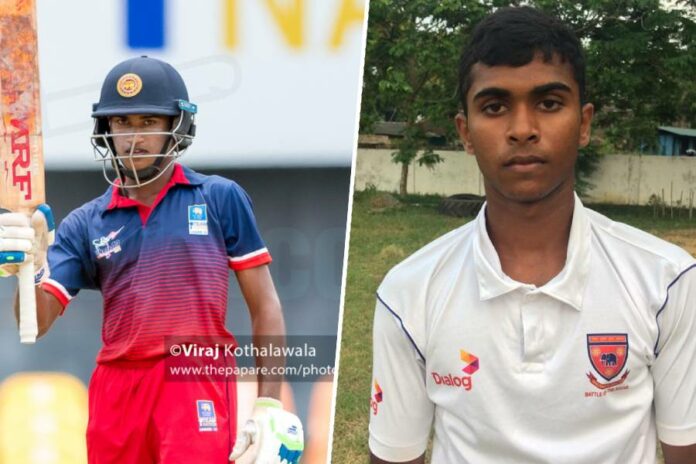 Two games of the Division 1 Schools U19 Cricket Tournament – Tier A were played today (18th March) while three games in Tier B were also worked off. Two other traditional matches were also played around the Isle.

In the two games played in Tier A today, Maliyadeva College defeated Prince of Wales while St. Joseph’s College, Colombo suffered an 88-run loss against a strong Mahanama outfit.

Rishi Adishtan of Maliyadeva College was the star with the bat today as he scored a cracking ton against Prince of Wales College in their tournament opener. Behind him in the line was Pavan Ratnayake who amassed 93 runs to see his team home against the high-riding Joes.

Mahanama’s right-arm leggie Achintha Supun was the pick of the bowlers in today’s games. He bagged 3 wickets for 15 runs to topple the Josepian outfit for just 125 runs.

Yesith Rupasinghe of St. Joseph’s College also picked 3 wickets for 38 runs but ended up on the losing side.

No other batsman in Tier B put up a noteworthy innings with the bat.

The Sri Lanka youth cap, Yasiru Rodrigo, ran riots in the Ananda batting line up at the school by the sea. The left-arm seamer accounted for 5 scalps giving away 63 runs.

At Bambalapitiya though, was a batsmen’s showdown as two Peterites recorded half-centuries. St. Peter’s skipper, Nipunaka Fonseka struck a steady 76 runs to give a formidable total to his team. His cause was well aided by the opener, Shenal Botheju who scored a stylish 51 runs.