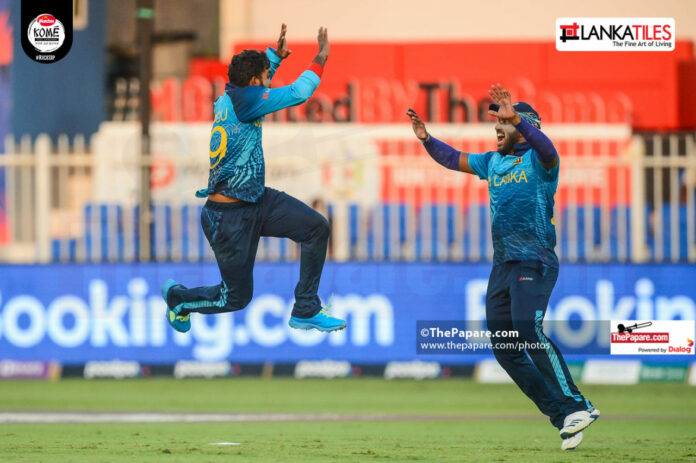 The year 2021 has been quite an eventful one and at the end of it, those of us who follow the game of cricket closely can say that the national cricket team has turned a huge corner.

Sri Lanka’s transition that started in 2015 had not gone too well and took more time than fans anticipated resulting in the team sliding to the bottom of ICC Rankings and being forced to play qualifiers. But 2021 gave us a glimmer of hope that the glory days are not far away.

The star performer of the year was Wanindu Hasaranga. It’s been a while since a Sri Lankan dominated the ICC World Rankings and the former Richmondite emerged as world’s leading bowler in T-20 cricket. Into the bargain, he also made steady progress in the rankings for all-rounders finishing the year fifth.

Hasaranga was a key performer throughout the year finishing with 36 wickets, on par with Tabraiz Shamzi, but the Protea had played two more games than the Sri Lankan. His presence has earned the attack some respect from opponents around the world.

Sri Lanka are no longer a one-trick pony. They have got Dushmantha Chameera, whose pace and skill has been quite handful. His injury free year saw him finishing as world’s highest wicket taker in ODIs. Then there is Maheesh Theekshana who in his first major cricket tournament boldly bowled during the Power Plays.

Theekshana’s smartness or confidence levels go beyond the cricketing field as he fronted up the media more than any other Sri Lankan during the T-20 World Cup in UAE. The contribution Army is making to Sri Lankan cricket developing raw talents into match winners need to be commended.

This has been also the year of debutants where several of them made an impact. Pathum Nissanka became the first Sri Lankan to score a hundred on debut overseas while Praveen Jayawickrama took a match bag of 11 wickets on debut.

Ramesh Mendis also debuted this year and it didn’t take him too long to make an impact as he finished the recent West Indies series with 18 wickets. Already in four Tests he has 26 wickets.

The spin stocks at Sri Lanka’s disposal are sensational and Piyal Wijetunga has done a terrific job to keep all of them on the edge. The team now has all bases covered with leg-spin; off-spin, left-arm orthodox spin and left-arm wrist spin forming the nucleus of their squad.

Among the young batters the one who has impressed most is Charith Asalanka. Sri Lanka’s batting lead up to the T-20 World Cup was in shambles, unable to see through the quota of 20 overs. Asalanka was drafted in to take up an enormous task and he adapted so well becoming the cynosure of all eyes.

When you are trying to establish yourself in the side, there is the fear factor that often leads to your failure, but in Asalanka’s case, he batted like someone who has got nothing to lose. Kumar Sangakkara is careful with his words when he pats someone on the back but when makes an exception breaking all restrictions, you sense that he has seen someone special.

There were glimpses of brilliance from Avishka Fernando and although consistency was lacking, there is little doubt that we are seeing Aravinda’s heir here. The shots he plays and the timing he has to play those makes him a unique player. The efforts he has put in to improve his fitness, running between the wickets and more importantly fielding augurs well moving forward.

It’s been a remarkable year for Test captain Dimuth Karunaratne as well as he finished the year with 902 runs at an average of 69 in 13 innings. Only Joe Root and Rohit Sharma had scored more runs in Test cricket this year than Dimuth but they have played many more Tests than Dimuth’s seven games.

Dimuth was unstoppable against Bangladesh as he posted a maiden double hundred in April and then produced scores of 147 and 83 in November in Galle. But his best knock of the year came in the New Year Test at the Wanderers where he took on South Africa’s all pace attack of Nortje, Ngidi, Sipamla and Mulder and produced a classy hundred.

The arrival of Mickey Arthur saw Sri Lanka placing lot of emphasis on fitness. With 2020 creating havoc with COVID, Arthur had little time to put his policies in place but in 2021, he challenged his players and axed a host of them who did not live up to expectations. The end result was fitness standards going through the roof. Medical specialists will be in a better position to give a verdict, but you sense that with improved fitness levels, the number of injuries dropped too, drastically.

Despite the impressive performances throughout the year, Sri Lanka are not yet out of the woods. To start with, they are ranked seventh in Tests, ninth in ODIs and eighth in T-20s. These are not rankings that they will be proud of and the main target of 2022 should be to finish in the top half of one of the three formats. T-20 will be a good format to start with.