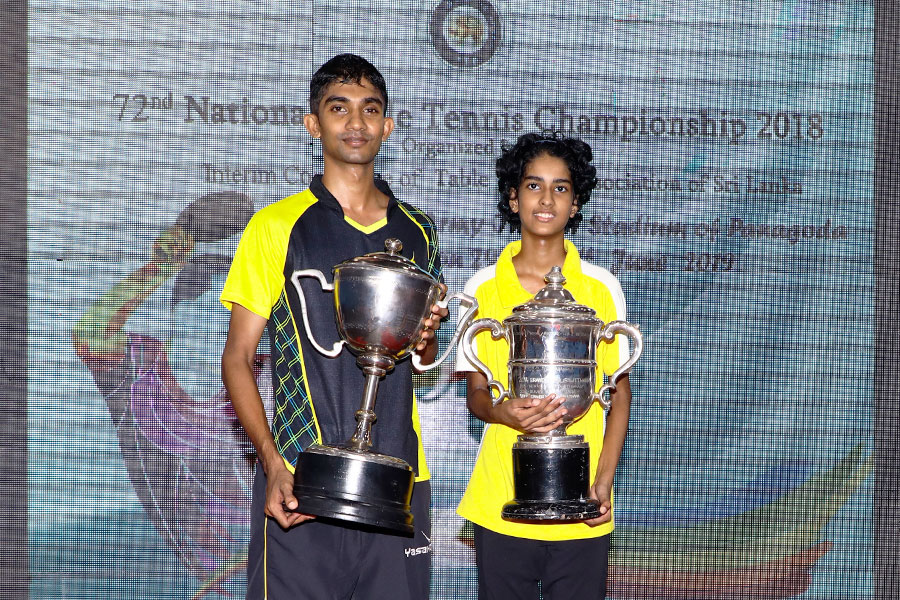 Chameera Ginige and Bimandee Bandara walked away with National honours at the 72nd National Table Tennis Championship 2018. The tournament was held over the final weekend of June, 29th and 30th, at the Army Camp Indoor Stadium in Panagoda.

With a massive total turnout of 270 entries, the 2018 version of the National Championship features many past and present table tennis stars. 5 major titles were played for at the senior nationals, Men’s and Women’s Singles, Men’s and Women’s Doubles and the Mixed Doubles.

Chameera Ginige and Bimandi Bandara also received the Most Outstanding Player awards for an exceptional display of fine table tennis over the course of the tournament.