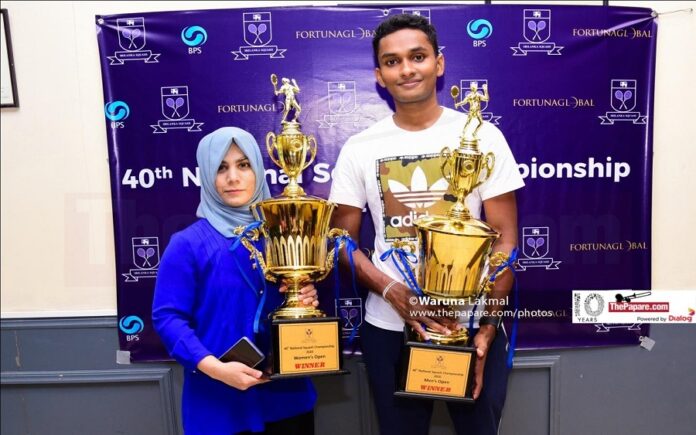 Originally the 40th Nationals were to be concluded in 2020, but due to Covid-19 pandemic, the tournament was pushed to January of 2021 to exercise proper medical and safety guidelines to conduct a successful tournament.

Two current number one ranking players Ravindu Laksiri and Fathoum Issadeen repeat their last year talent to set their dominance on top of the two categories. 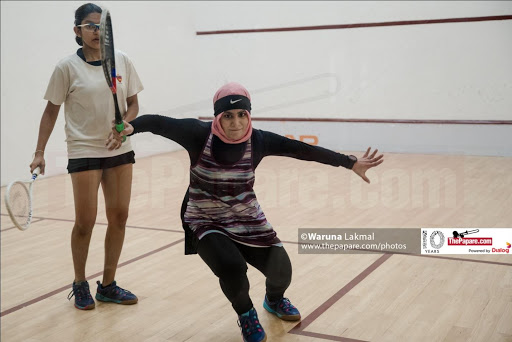 The Women’s final more competitiveness with both Fathoum and Chanithma. The first set and second set was won by fathoum 11-3, 11-4 but the third set went to last year junior national runners-up Chanithma contest stood at 8-11. The fourth set is important to the young chanithma to win and continue five-set thriller game. However young Chanitma was well in control of the game in the fourth set to win 6-11. The deciding fifth set gave experience campaigner fathoum issadeen 11-4 win. However Chanithma sinaly is a young girl who can show her talent in the international level. Meanwhile, Yeheni Vonara Kuruppu defeated Sameera Deen in the 3rd-4th playoff.

Defending Men’s champion added another attribute to his impeccable career when he defeated his double partner Shamil Wakeel 3-0 to win his 8th consecutive title (2013-2020).

Ravindu with his brilliant placing and fine footwork all around the game never let his opponent Shamil to settle down wining the first set 11-6. However, Shamil tries his best to unsettle and prevail the 8th consecutive title winner Ravindu but his coolness allows him to go through the second and third set with an absence of difficulty to win 11/5 and 11-2 respectively. Meanwhile, GihanSuwaris defeated Mohomed Hakeem in the 3rd-4th playoff. 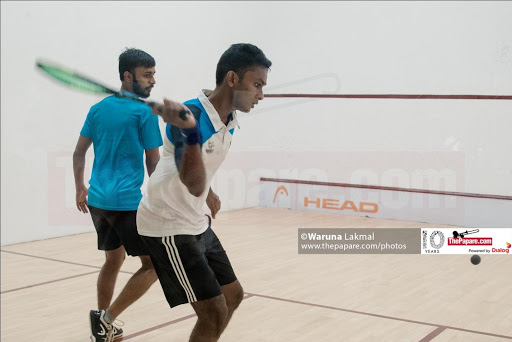