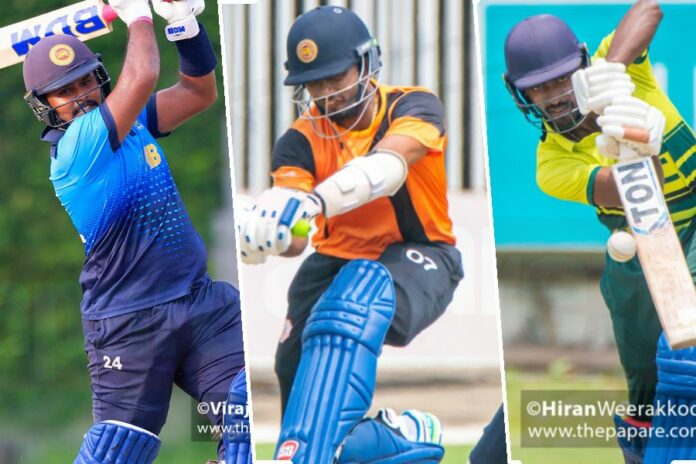 John Keells Holdings recorded a crucial win today (8th May) at Moratuwa beating HNB to end their 2-match losing streak. HNB, on the other hand, faced their third loss of the tournament.

Sri Lanka national caps, Ashan Priyanjan and Akila Dananjaya starred in JKH’s win as they top-scored with 48 and 42 respectively while contributing with the ball as well.

Pacer Milan Priyanath and left-arm spinner Chanuka Dilshan picked up 3 wickets apiece for Mode Engineering as they restricted the defending champions Hayleys to 186 before they chased down the target in 37 overs. Allrounder Dushan Hemantha excelled once again for them with 2 wickets and an unbeaten knock of 26.

Hayleys’ wicketkeeper batter Vishad Randika’s 78 stood out as the best batting performance of the game.

With this win, Mode Engineering consolidated their 2nd spot on the points table.

In Dombagoda, table-toppers CDB Finance continued their unbeaten run with a comfortable win over Sampath Bank. This is Sampath Bank’s 3rd straight loss since winning their first game of the tournament.

It was their skipper Lahiru Madushanka who starred in CDB Finance’s win once again as he scored an unbeaten 45 to steer them to victory after picking up 2 wickets earlier in the day. He was well assisted by Muditha Lakshan’s 3 wickets and Dhanushka Dharmasiri’s 48.

The final 3 games of the league stage will be played on the 11th of May.