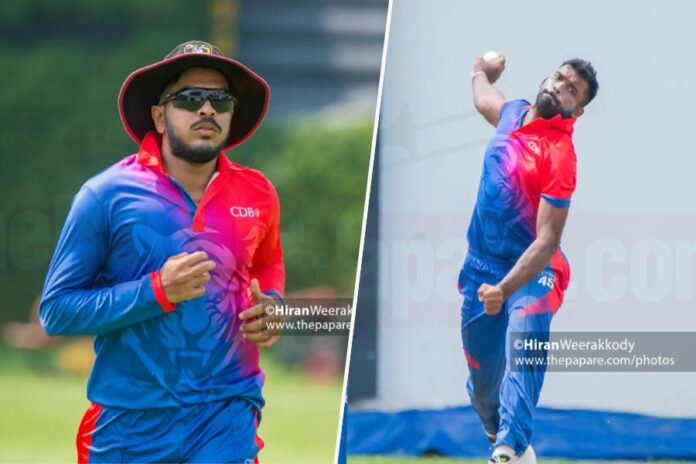 The ninth game of the 29th Singer-MCA Super Premier League 2022 was played today at Colts Grounds in Colombo, between John Keells Holdings and CDB Finance, in which the latter recorded an 18-run win.

The game which was supposed to be played yesterday in the same venue was rescheduled due to bad weather and once again faced a delayed start due to rain. Opting to bowl first in a game which was reduced to 32 overs per side after the rain interruption, John Keells Holdings got off to a brilliant start, reducing table-toppers CDB Finance to 54 for 5 in just the 14th over courtesy of their impressive pace attack, which consisted Malindu Shehan, Ishan Jayaratne and Mohamed Shiraz.

However, a match-saving act of repair work by the CDB Finance Skipper Lahiru Madushanka and his good mate Angelo Perera ensured that they ended up with a modest total on the board. The experienced duo added 62 runs for the 6th wicket in 10.5 overs, before lower-order batter Rohan Sanjaya provided them with the ideal finish with a knock of 16 runs in just 13 balls. In bowling for JKH, opening pacer Shehan and leg-spinner Sachitha Jayathilake grabbed 3 wickets each.

The JKH run-chase never got going as the CDB bowlers kept picking up wickets in regular intervals. The 10 JKH wickets were shared among all the 6 bowlers used by CDB, while Lahiru Madushanka, Tharindu Ratnayake, Angelo Perera and Lakshitha Manasinghe claimed 2 wickets apiece. Interestingly, Skipper Madushanka was the only pacer used by CDB in contrast to JKH, who used 3 pacers.

With this win, CDB extends their lead at the top with 3 wins in 3 games, while JKH joins Hayleys, HNB and Sampath Bank below CDB and Mode Engineering (2 wins in 3 games) with 1 just win of the 3 games they have played so far.

The next 3 games of the tournament will be played on the 8th of May.