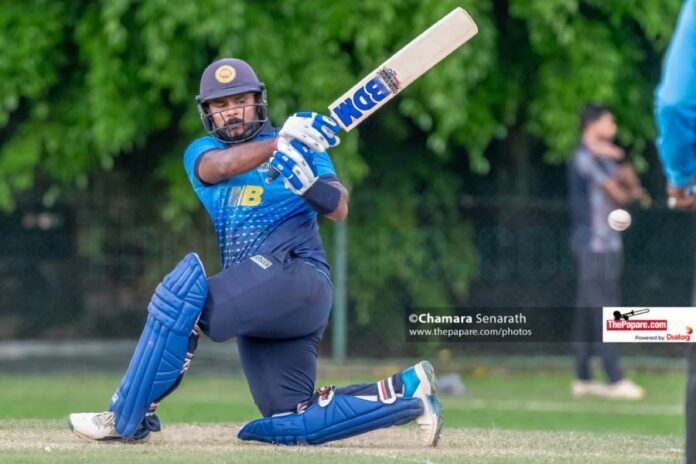 Only two more games of the 29th Singer-MCA Super Premier League 2022 were played today, as the 3rd game between John Keells Holdings and CDB Finance scheduled for the day had to be rescheduled for tomorrow due to bad weather. In the two completed encounters, HNB and Mode Engineering recorded wins, beating Hayleys and Sampath Bank respectively.

Starting the tournament with 2 back to back defeats, HNB finally got off the mark beating defending champions Hayleys in a rain-shortened 26-over game at the P. Sara Oval in Colombo. The 33-year old former Sri Lanka cap Dilshan Munaweera excelled with both bat and ball, claiming surprise figures of 5/29 in just 5.4 overs to restrict Hayleys for 143, and then putting on a show of a much more familiar quick-fire knock of 77 in just 48 deliveries to help his team cross the line in the run chase. For Hayleys, opener Ron Chandraguptha’s 52 was the only positive takeaway from this game.

At SSC grounds, Mode Engineering recorded their second consecutive win, handing Sampath Bank their second consecutive defeat. This too was a shortened game of 28 overs per team due to heavy rains in Colombo. Interestingly, Mode Engineering too went on to win the game after winning the toss and electing to chase following the template of HNB. However, Sampath Bank managed a modest 184 runs in the allotted 28 overs, unlike Hayleys, who scored much less batting first.

The run chase took a twist towards the end when another rain interruption stopped the game, handing Mode Engineering a 2-run win as they were ahead of the DLS par score of 168, having lost 6 wickets after 26 overs. It was the unbeaten 56-run stand between Skipper Isuru Udana and Dushan Hemantha that ensured the close win for Mode Engineering, recovering from 114 for 6 in the 20th over. Udana’s 3 wickets and top-order batter Dilan Jayalath’s 55 also stood out for Mode Engineering.

Match was postponed due to rain and will be played tomorrow.