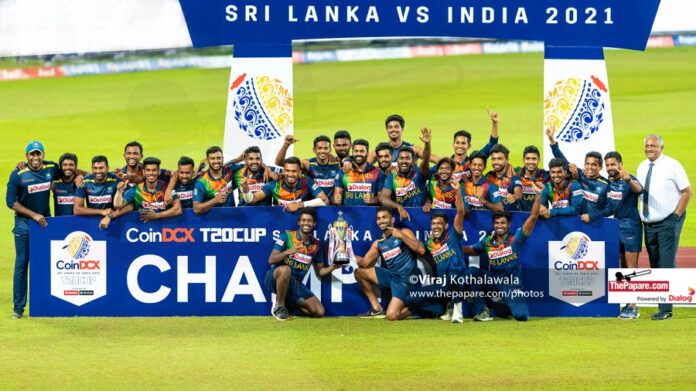 Sri Lanka Cricket has announced that 18 players in the National Men’s Cricket set-up have signed the Annual Player Contracts, which will be in effect from August 1st – December 31st, 2021.

The press release by SLC mentioned that the players had signed the contracts without any deviation from the contracts offered previously, formulated by Sri Lanka Cricket along with the Technical Advisory Committee.

The release went on to say that “The players were chosen under four categories and were nominated by the Selection Panel, based on a set of criteria such as Performance, Fitness, Leadership/Seniority, Professionalism/Code of Conduct, and Future/Adaptability.

The criteria and the allocation of points to individual players were shared among the players before they signed the contracts.”

Previously, it was reported that several players were unwilling to sign the contracts, requesting for some transparency in how the points were allocated to each player with regards to the categorization.

Angelo Mathews and Isuru Udana, who were among the players offered a contract previously, have not been considered. Mathews made himself unavailable for selection in July, citing that he needed some time off to make a decision on his future with Sri Lanka Cricket, while Udana announced his retirement late last month.

Danushka Gunathilaka, Niroshan Dickwella and Kusal Mendis are currently serving a ban and therefore have also not been offered contracts.

Kasun Rajitha, who was one of the 24 players offered a contract earlier this year, is also not among the 18 who have signed.

The 18 players who have signed are as follows: