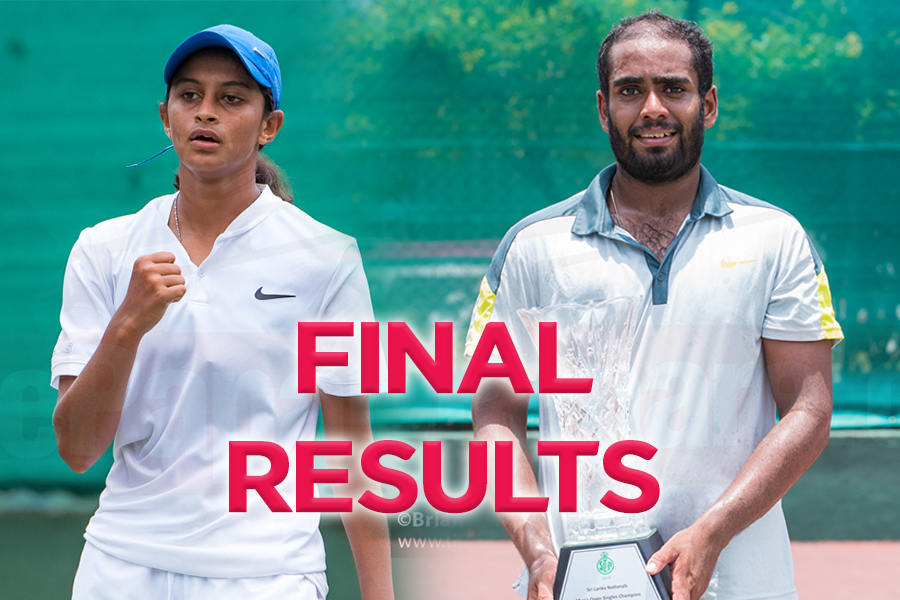 One of the most popular up and coming stars of the Sri Lankan sporting circuit, Anjalika Kurera of Ave Maria Convent was crowned Sri Lanka’s youngest National Women’s Champion at the 104th Sri Lanka National Tennis Championship.

The final clash between Kurera and the current Women’s top rank Janali Manamperi over the weekend (17th Aug) saw Kurera snatch the win in straight sets to claim her first ever Senior National title.

The 2019 National Tennis Championship brought heartbreak for the former Women’s champion, Anika Seneviratne, being bumped in the semifinal, but also brought about glee for the reigning Men’s champion who managed to keep his winnings for another year.

Anjalika Kurera started the tournament as the 4th seed of the tournament, which drew her in the bottom half of the draw with Seneviratne who was seeded 2nd. The two met in the semifinals, a repeat fixture from last year’s finals.

Kurera won the first set 9 points to 7 in a tie breaker, but Seneviratne struck back with a 6/2 second set, leveling the ground for an interesting third set. It was Kurera who had the last laugh, winning the third 6/3 to book her place in the final.

Top seed Manamperi had a harder route to the final, having faced 2 three-set encounters against Tania Doloswala and Rukshika Wijesooriya in the quarterfinal and semifinal matches respectively.

In the final, Kurera wasted no time in etching her name in the history books as the nation’s youngest National champion. Manamperi was taken down in straight sets, 6/1, 6/0.

While a major turnover was witnessed in the Women’s draw, it was quite the contrast over in the Men’s draw, where Sharmal Dissanayake faced no real competition on his way to his 4th consecutive title.

Davis Cup front runner Sharmal Dissanayake once again, proved to the nation why he is the best there is, by not letting a single one of his matches reach a deciding set. He even managed to close out the finals against Heera Ashiq with a score of 6/3, 6/2, with clean and easy breaks in each set.