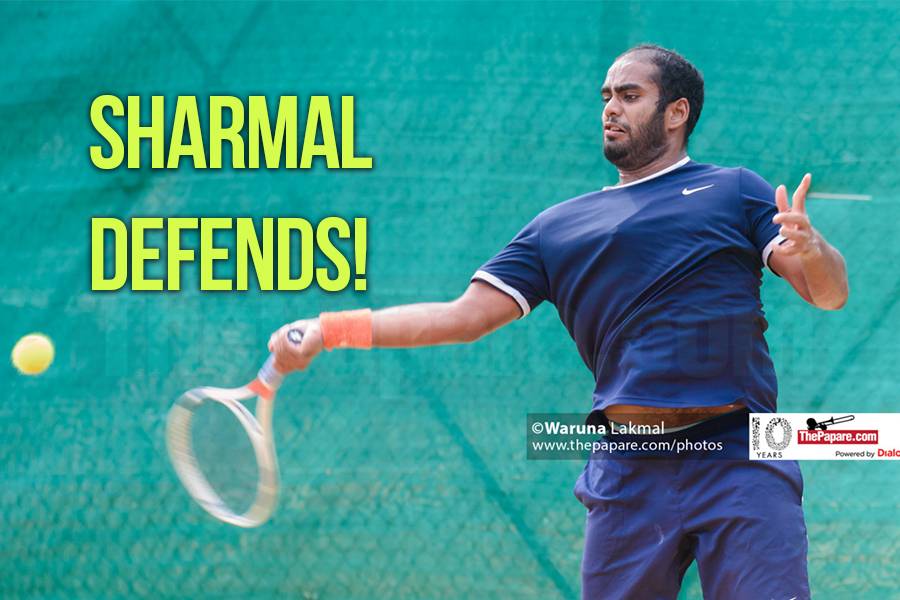 It was a mirrored set-up from last year’s Men’s final between Dissanayake and Thangarajah. Dissanayake pulled the win from right under Thangarajah in a cracking three-setter, and this time around, Sharmal only needed 2 sets to seal the deal.

The boys gave the spectators a brilliant display of Tennis this evening, with a stretched out 1st set and a break in the second. Eventually, Sharmal Dissanayake retained his Men’s title for one more year.

Sharmal: Road to the Final

Leading a 64-man draw, Sharmal Dissanayake started his run as top seed. Of the 5 matches he overcame, which includes a Bye in the first round, none were a real challenge to the champ and Dissanayake was able to brush off his opponents swiftly.

He defeated Ashen Silva, Archana Lokuge, Thehan Wijemanne and Liu-Hui Retallick on his way to the final, not giving more than 3 games away in each encounter.

Dineshkanthan: Road to the Final

Tournament 2nd seed Dineshkanthan Thangarajah had a similar road to the final but with one exception. He defeated Shivedra Perera and Kaveesha Rathnayake in the first two rounds to reach the quarterfinals against 5th seed Akila Vimukthi.

After a solid effort by the 5th seed, Vimukthi had to settle for a 7/5, 6/2 loss to the much experienced Thangarajah. With this win, Thangarajah cruised past his semi-final opponent Chathurya Nilaweera, 6/1, 6/1, to book his spot in the final, for redemption.

After almost 2 hours of play, Sharmal Dissanayake emerged victorious in 2 cracking sets to take home the main title for the year. Final scores read 7/6 (4), 6/2 in favour of the defending champion.