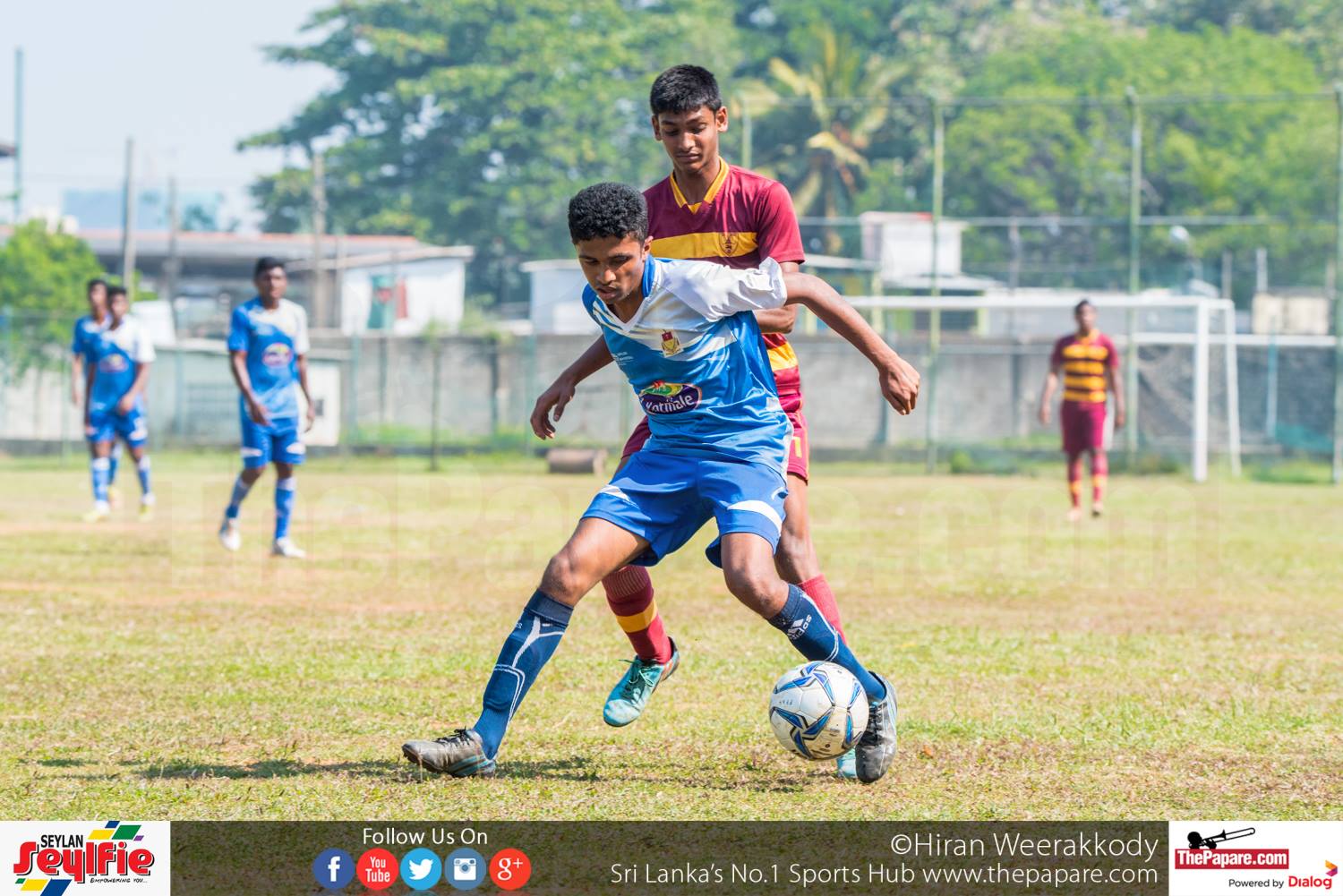 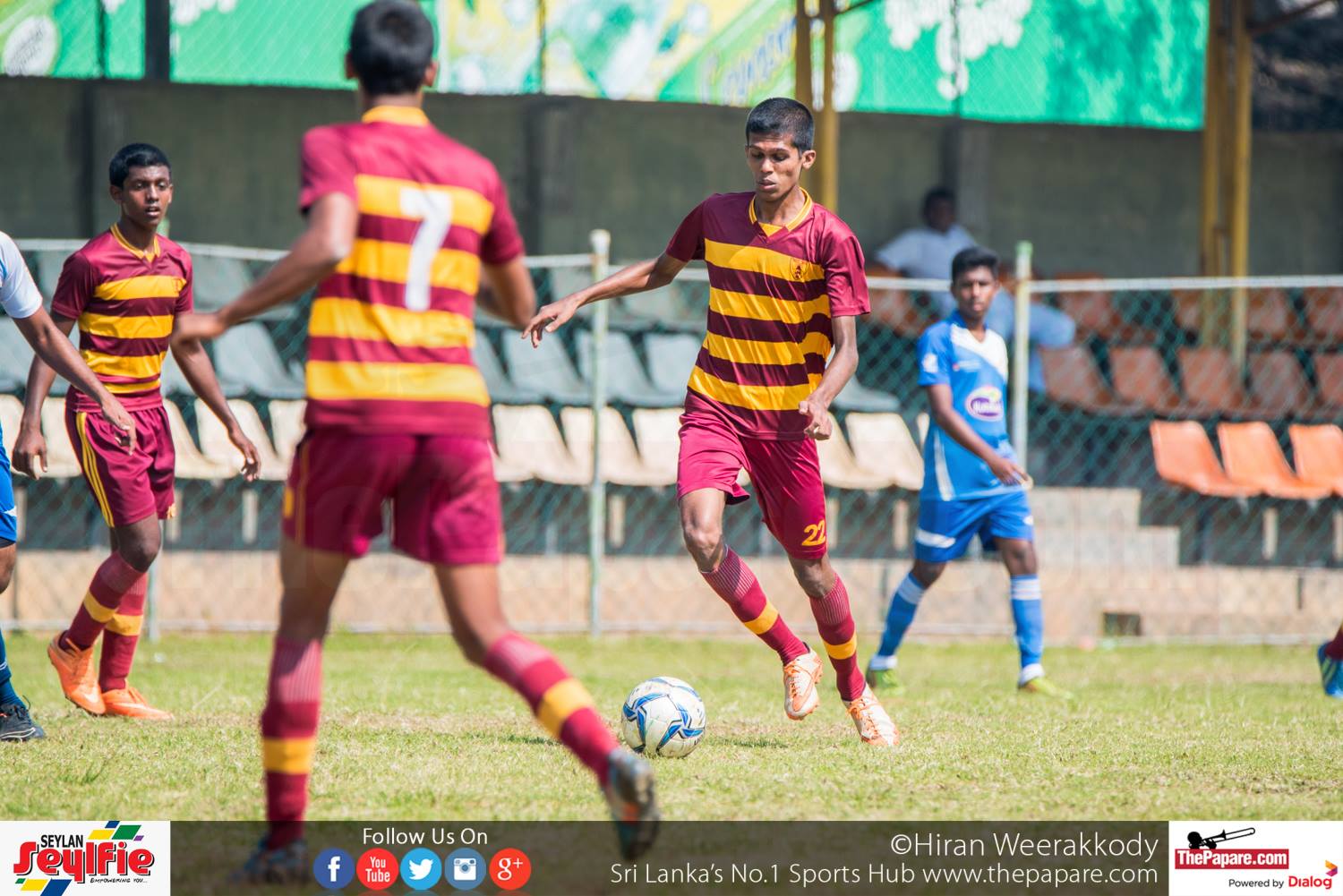 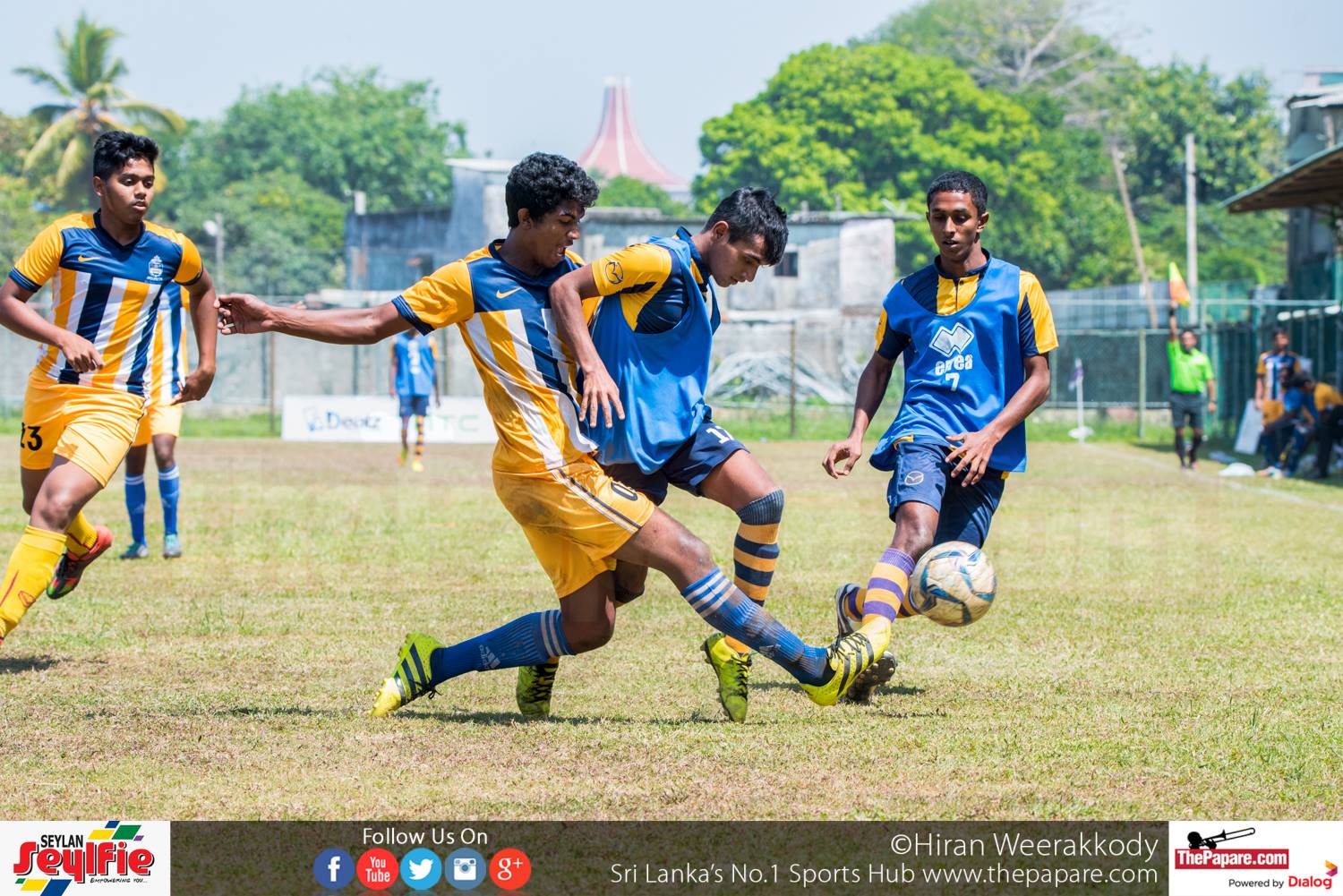 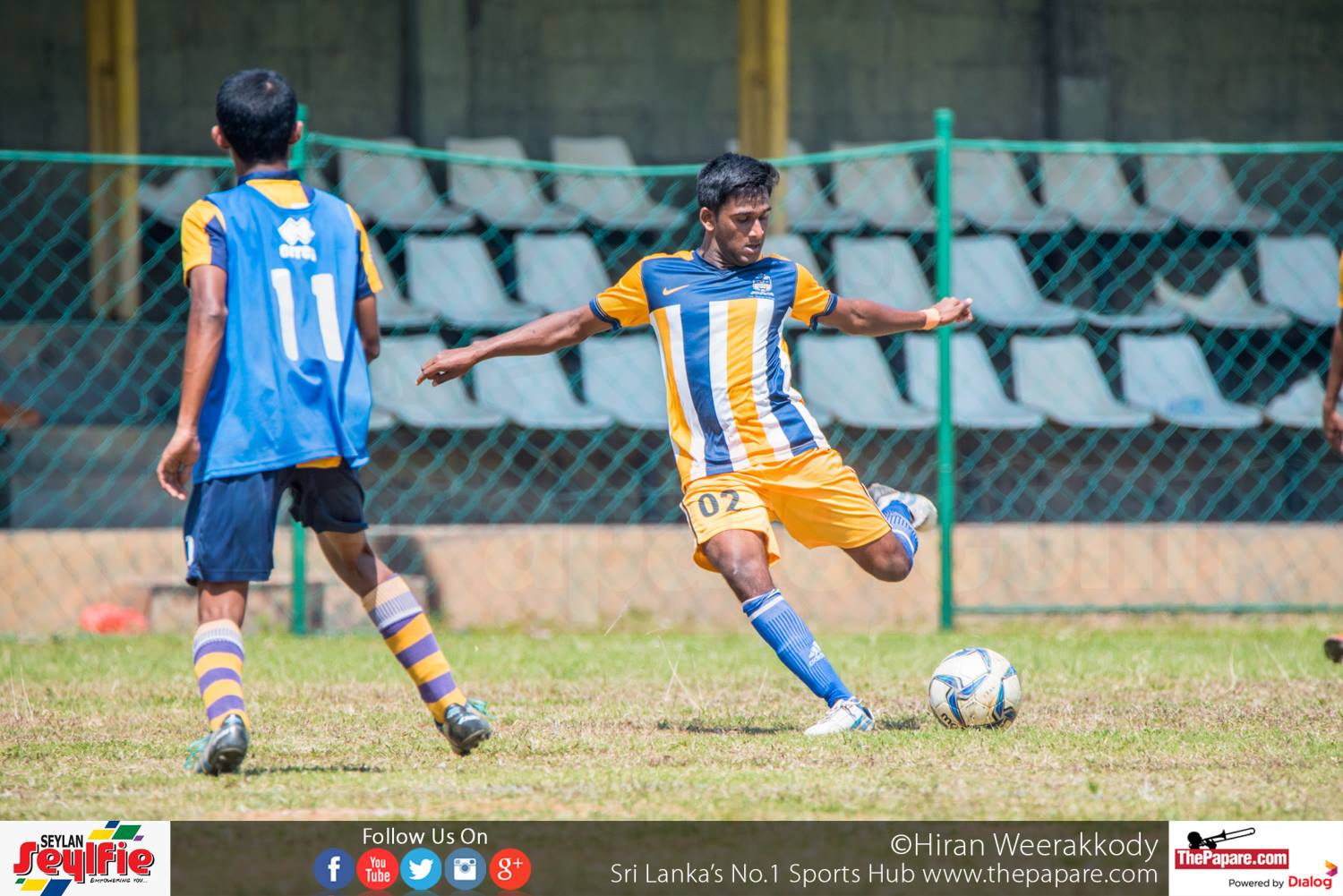 Holy Cross College put on a dominant display in both halves as Dhanushka Thushan and S. Pigno made their presence felt in the midfield.

The goal scorers of the previous day were largely unnoticed as Pigno and Dhanushka tightly marked the Ananda danger men Sachintha Rathnayake and Thilan Shalitha.

It was unfortunate, however, that the boys from Kalutara could not capitalise on the complacent Ananda back four, right from the get go.

Nirmal Perera bagged one for the Kalutara side with ease after a brilliant counter attack by the two Holy Cross midfield maestros, Pigno and Dhanushka.

However, Ananda College did show urgency in a few instances when on the ball with Thilan Shalitha and Sachintha Rathnayake peeling off their defenders to utilise the wings, but all that effort came to no avail as a lazy Ananda midfield did not attempt to attack the enticing crosses delivered by the two.

The lack of conviction from the boys in maroon meant that Holy Cross were able to create many more chances on goal.

And once again, it was Pigno of Holy Cross in the thick of it as he managed to deliver a sublime corner kick where an on rushing Asela headed the ball with great accuracy to seal the deal for the Kalutara side, thereby booking their place in the quarter finals.

Arguably, the most anticipated match up of the day, the game between the two Colombo sides ultimately did not live up to expectations.

Right from the off, it was St. Peter’s that dominated possession with Niran Fernando doing a wonderful job of switching from defence to attack for the Peterites. The great role Niran played in the match rendered the Royal danger man, Naveen Jude immobile in midfield.

The isolation of Naveen in midfield meant that Sakun Divyange too was left deserted as he had to drop deeper from his position as striker to bolster the weak Royal midfield.

It was, however, an open game until Dananjaya Supumitha of St. Peter’s took his chances from outside the Royal box, shooting directly at the keeper who fumbled it in the end as he misjudged the bounce, thus allowing the ball to creep in to the back of the net giving the Peterites the lead.

It was then that the Peterites started exploiting the weak right side of Royal as Dananjaya, along with his teammates unleashed a barrage of through balls and shots only to be parried away or held by the keeper.

Not long after that, the Kalutara side snatched the second through a great corner taken by Dananjaya to allow the tireless Mohamed Shabeer to guide his header to goal.

Royal, however, did attempt to salvage some pride as Naveen and Sakun started getting into their stride, but it was much too late as the full time whistle was blown to secure the Peterite’s berth in the quarter finals.