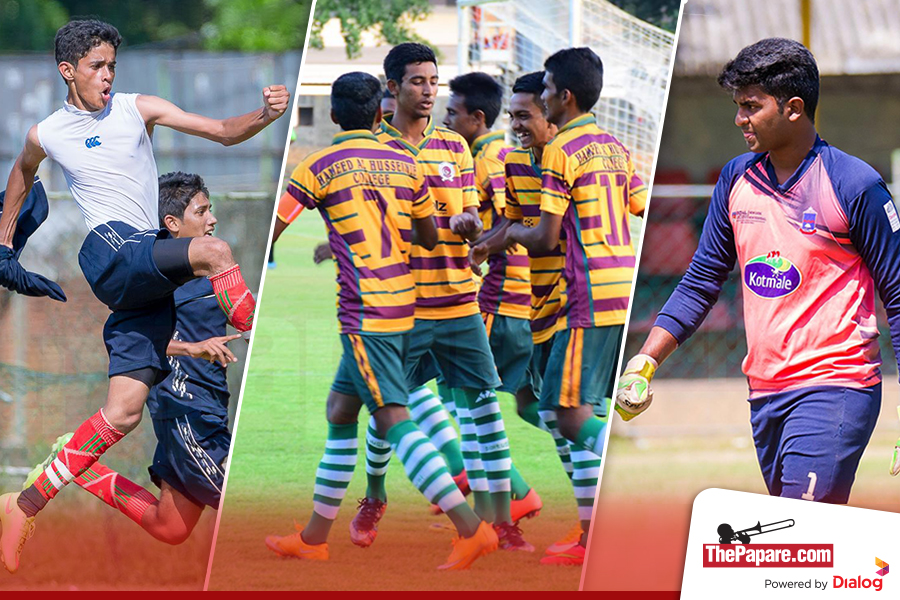 There was no stopping the reigning champions as they strolled through to a 4-0 victory.

St. Benedict’s College was the unfortunate victim of a Hameed Al Husseini College…

From the opening whistle there was no stopping the Armour Street boys as they led 3-0 at half time.

Kareem Fazil opened the scoring in the 9th minute before a brace from Mohamed Sajid in the 22nd and 35th minutes made it 3-0.

In the 2nd half however a better defensive performance from Nalanda saw only one goal scored by the Hameedians and that was in the 47th minute through S.Abishayan.

Zahira took the lead in the 13th minute through Mohamed Jaheel and two minutes later Mohamed Musakkir doubled the lead for the Puttalam lads.

However Lumbini College stormed back in the latter stages of the 1st half to equalize through a brace from J.A.L.Thanjoy in the 26th & 31st minutes.

However, Lumbini College were unable to sustain the momentum as they conceded twice early in the 2nd half.

Mohamed Fahad pulled Lumbini back with a goal in the 57th minute but an equalizer never came for the Havelock Town boys.

Umesh Sanjay made two brilliant saves in the penalty shootout as Maris Stella College defeated St. Peter’s College 3-2 after it ended 1-1 at full time in the President’s Cup at the City Football League Grounds.

St. Peter’s College defeated Zahira College, Gampola 2-0 before another 2-0 win against Royal College secured their path to the quarter finals. Maris Stella mauled Thurstan College 5-0 in the Pre-Quarter finals to set up a date with St.Peter’s.

The 2016 U19 Division I 3rd place winners, Maris Stella College led at half time through a goal from Thathsara Fernando in the 30th minute.

Former Sri Lanka U16 skipper Mohamed Shabeer hit back for the Peterites in the 50th minute and the scores stayed the same until the full time whistle.

In the penalty shootout skipper Anjana Gunawardena scored the first to give the Negombo lads the advantage before St.Peter’s equalized. Both sides missed out on the 2nd attempt with Mohamed Sajid missing the target and the Peterite effort hitting the cross bar.

Praneeth Saminda and Thathsara Fernando scored for the Maristonians while Sanjay became the hero saving the next two penalties from St. Peter’s College.