Home Features Zahira and Shamly; A story for the ages 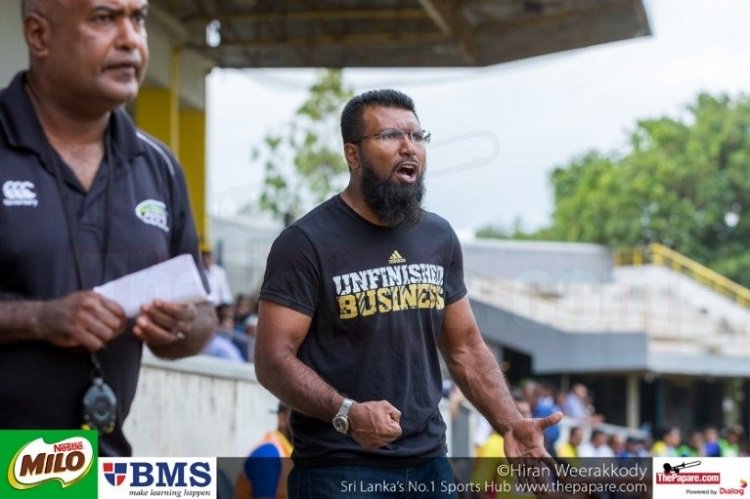 A Coach, mentor and friend. How often do you see such qualities in one person that could not only bring out the best in one player but rebuild a lost culture in an entire school that once was rich and accomplished in Rugby?

That is indeed a very rare and commendable task that not many coaches could look back and cherish. But, the newly appointed S. Thomas’ College Rugby coach has a lot that he could recall and be proud of in the years to come.

Just like the Eddie Jones to Japan and Chandika Hathurusingha to Bangladesh – Zahira had their very own mastermind, Shamly Nawaz. A relationship that began back in mid-2013 and then grew stronger and stronger, proved to be a passage of years that Zahira will never forget. Here’s a tribute from a player who was privileged enough to have been part of his journey! 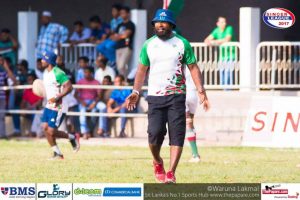 I remember first seeing Coach Shamly Nawaz in 2014 when he used to make regular visits to the college for at least two practice sessions a week as a Rugby Consultant. A few months later Coach Shamly took over, and that’s when things began to change. The first thing he inculcated within the players was the difficult yet most uncomplicated quality any player could learn, DISCIPLINE! He made it clear to all that if a team is to succeed, discipline is a must. And from thereon, it was just a one way ride in rebuilding the lost Rugby culture at Zahira.

“Boys, decide on a colour for each day of training, to be a champion team we have to look like champions!”

Coach Shamly was a huge Adidas fan, from his cap to his socks, (literally from head to toe then) it was always the same brand, and it was clear to us that he put a lot of thought into what he wore; he wanted us to do the same. Although it was a change and different from what all the other Coaches classified as ‘discipline’, the boys that year were eager and ready to commit to everything their new coach said, because they felt the change and knew the direction coach Shamly was heading towards. The players who had previously worn whatever they first grabbed  in the morning, transformed into young men who even gave thought to their practice attire – Just like Coach!

The next step was the PLANNING.

After every gym session on Monday morning, coach Shamly would gather the most senior players and run through the weeks plan, urging them to push the juniors to show up for practice and be punctual. 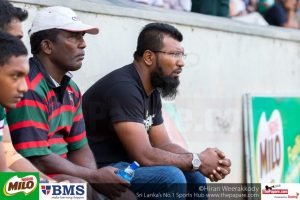 Every drill, break, and session was timed. Every player had to carry their own bottle of water and stay hydrated because coach believed that that way, the time wasted on water breaks could be utilized for drills. Coach Shamly’s drills were a new thing to the team that year, but although it was new, it was the basic skills that were being polished and practiced – which is why the boys were confused in a way.

“Basic Skills are what’ll make you a complete player”

His plan was to start from the basics and reboot the whole rugby system that every player had inside of them. AND IT WORKED!

After months of basic but exciting and fun training drills, the intensity of the sessions gradually built up when the season was nearing.

Fast forward to the end of the 2014 season, Zahira College was amazed! The fans, the sports committee and the players themselves, all extremely happy and proud. Although they failed to earn their ticket into the top division, Zahira emerged as the group topper in B Division and also managed to test their opposition in the second round. It turned out to be the ‘year of revelation’ as Zahira had this new found confidence and spark that continued even after the season.

“To be a Champion side, you have to train like Champions”

The intentions were clear, Coach Shamly’s past actions began to make sense now. Players within the team often wondered why he focused more on the juniors in 2014 than the seniors, and in 2015 they got their answer. The 2014 juniors were more mature and knew what needed to be done, the team bonded better and looked ambitious – the beginning of Zahira’s new Rugby culture.

The same 2014 setup continued the following year, but this time practice kits and new gym equipment were provided. Funds began flowing in, support systems were formed and old boys and fans were always there, helping out.

Training got harder, but the hearts grew bigger. Coach Shamly always had a pep talk session after practice. He knew the importance of attitude and mentality, which is why 2015 was the year he focused on player capacity building and mental strengthening. Motivational workshops were conducted every other week with veteran players coming in and sharing their experiences and expertise with the team.

Although the team wasn’t aware of coach Shamly’s long term plan, the players had so much belief in him and themselves. As the season kicked off, Zahira got off to a flier. Group toppers once again, and this time, they played in the Plate championship. It was the first time in a while that Zahira was lined up to play against ‘A’ Division teams. May 29th 2015, Longdon Place was flooded with supporters in green, white and maroon as Zahira took on Wesley College. The underdogs Zahira were only trailing by one point at half time but went on to lose the game 22 points to 32. However, for their gutsy effort and performance of coming close to winning a big game – they won the hearts of all.

It was only after this that the team understood the importance of mental strength and also RECOVERY!

Another key quality coach Shamly enforced within the team was the need of taking care of oneself and other team members. He introduced the ‘Buddy System’ which was not just to be followed on the field, but outside as well, even extending to school work. This ‘buddy system’, ensured that players looked out for each other. He taught us why it is important for each one of us to be one hundred percent fit. 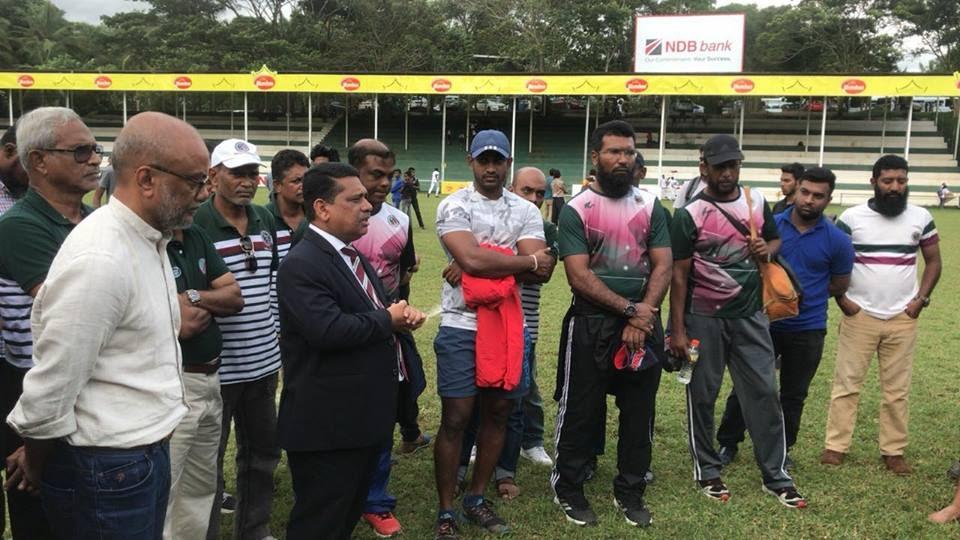 May 2016, practice sessions were cancelled constantly due to the horrendous weather conditions at the time. Two of the team members were seriously affected by the floods that hit Colombo and that hurt the whole team. After things began to settle down, the entire team got together and helped clean, relocate and refurbish the team members’ homes that were affected by the floods. Being a coach beyond the playing field, coach Shamly understood the hardships of the players and what they were going through.

He often used to check on the players’ well-being, even in their personal life and always gave good advice. He also looked into the players who were living far from school and made arrangements for them to stay over in the hostel free of charge.

As the league got underway, all the past incidents reflected on the team, in a positive way!

June 3rd 2016, Zahira played one of their biggest games. It was the Maradana derby after many years, Zahira vs St. Joseph’s at Havelock Park. As we entered the grounds, a spectator screamed “Joes අසූවයි Zahira බින්දුවයි” but the boys knew exactly what to focus on. I remember very well what coach said just before the game,

“The 25 of you are the chosen ones from the 5000 students in school, make it count and prove everyone wrong”

That hit the boys like a freight train. Holding on to the captain’s shoulder that day, the entire team walked in intent on leaving it all on the field.

What a game it turned out to be! 21 points to 20, St. Joseph’s College survived the Zahira scare.

The next week, Zahira beat Prince of Wales College and emerged Plate runners-up earning their ticket into the top division after 14 long years.

Coach Shamly started off the preseason well before hand, in-fact Zahira was the first team to start training for the 2017 season. 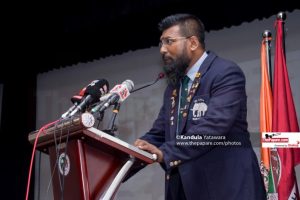 This time, the entire rugby fraternity knew the year plan. Coach Shamly had presented the Rugby year plan at the ‘Zahira Rugby Night 2016’, making sure that every parent knew exactly what their son would have to go through.

He had fulfilled his promise to the college, Zahira were finally amongst the front runners in Rugby – but he didn’t want it to stop there.

“I’ll call you the GRTZ (Gritz), The Greatest Team of Zahira”

The league began with a glorious win for Zahira, a win in the ‘A’ Division after being relegated for 14 years. The next week, we led against Trinity up until the 70th minute, almost beat S. Thomas’ with a last minute try the week after, beat Prince of Wales 64 – 12 and gave Wesley a game they’ll always remember.

Zahira were fan favourites and considered as the league underdogs, with much credit given to the running style of rugby Coach Shamly had groomed the players with.

What stood out for Shamly Nawaz as a coach was the fact that he was more than that. He fell in love with Zahira. I recall this one time we saw him pick a few leaves and throw them to the bin while he walked to the grounds, he always wanted to keep the school clean – just like how he wanted the gym, locker room and the cafeteria in order.

His training taught us more than just rugby, it was like four years of going to ‘life changing school’. No matter how much praise, compliments and appreciation he received, coach Shamly would always say one thing,

“All credit goes to the boys, after all they’re the ones in the middle of the field”

The post-match talks would go on for about an hour. He would emphasize on what we did right and where we went wrong and then talk about each player’s strength and weaknesses individually.

After a five year long rollercoaster ride with Zahira College, Coach Shamly Nawaz officially bid farewell to the Maradana underdogs late last month, leaving a huge void in the team. In order to appreciate the unforgettable service and support he rendered towards the college, he was felicitated at the Zahira Rugby Night 2018 which took place last Saturday at the Abdur Ghaffoor Auditorium. 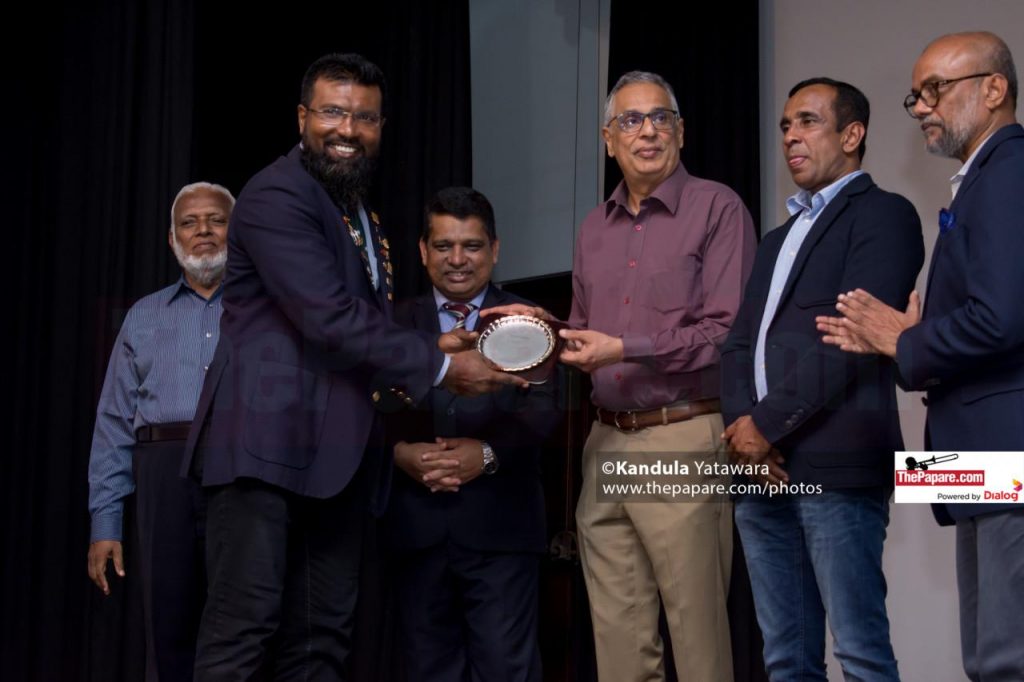 His name will be written in gold as one of the best coaches Zahira ever had.