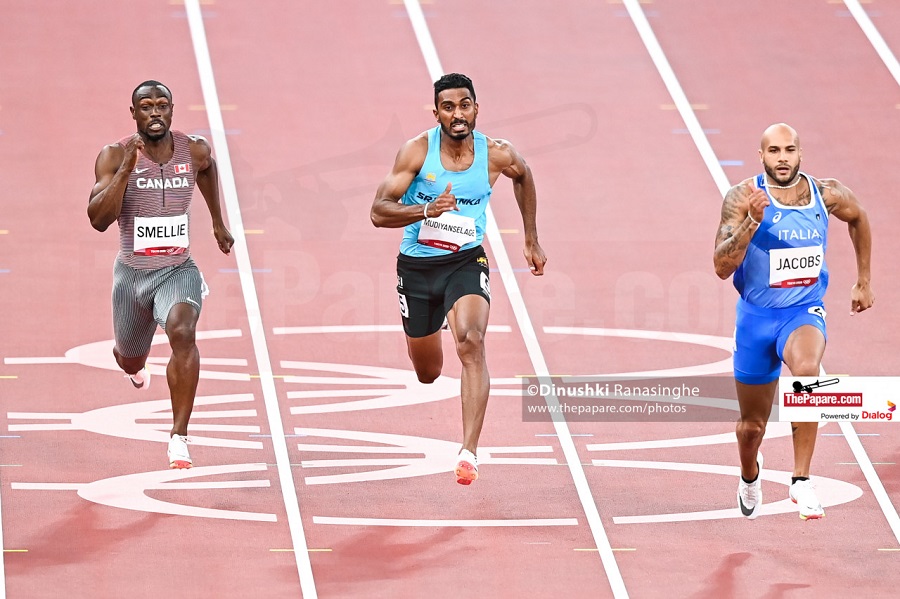 2020 Olympian Yupun Abeykoon is all set to compete in the Men’s 100m Final at the Zurich Diamond League this Thursday (9).

Abeykoon’s phenomenal performances over 2020 and 2021 saw him qualifying for the Men’s 100m at the Olympic Games on his World Ranking, a rare feat for a Sri Lankan. He also became the 1st Sri Lankan to compete in the event since Chinthaka de Soysa did so at the Atlanta Games in 1996.

Abeykoon missed out on the Bronze Medal in Rome by 0.001 seconds, following a very close end to the race, which was eventually decided by a photo-finish. Abeykoon rode that high all the way to Tokyo for his first Olympic Games and will now head to Zurich for his second Diamond League meet.

The Men’s 100m Final in Zurich is set to feature a number of superstars, with Olympic Silver Medalist Fred Kerley, Bronze Medalist Andre De Grasse as well as 4th and 5th place finishers at the games, Akani Simbine and Ronnie Baker all in the starting list. Trayvon Bromell, the fastest man in 2021, will also compete.

Yupun took to social media to make the official announcement

According to the organizers, the race is set to get underway at 20:38 Zurich time on the 9th of September (12.08am Sri Lankan time on the 10th).

ThePapare.com is ready to bring you all updates and results from Abeykoon’s run in Zurich, so keep it logged!