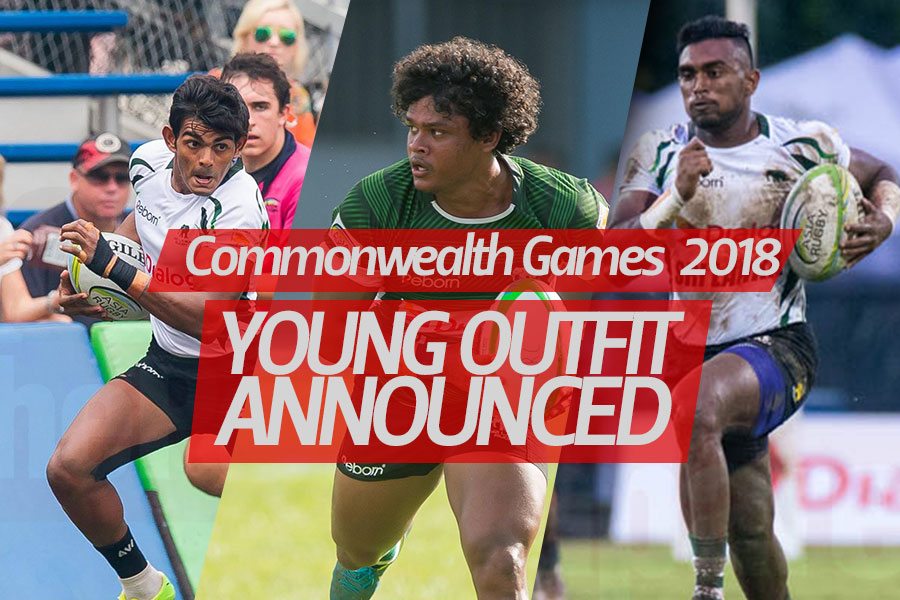 A twelve-member Sri Lanka Rugby Sevens side will take flight to Gold Coast, Australia ahead of the Commonwealth Games 2018 with senior campaigner Sudarshana Muthuthanthri set to give leadership to a young Tuskers outfit.

The 21st Commonwealth Games will start on the 4th of April 2018, with Sri Lanka represented in 15 sporting disciplines including sevens rugby. This time around, the Tuskers will field in a young outfit while Srinath Sooriyabandara, Danushka Ranjan and skipper Muthuthanthri will be the only returning players from the 2014 Glasgow edition.

The former Isipathana and current Navy player Adeesha Weerathunga who was impressive in his debut series in Borneo has been picked ahead to bolster the forwards alongside, rather experienced  Danush Dayan and Muthuthanthri.

The Tuskers will have pace coming from the Kandy runners Danushka Ranjan and Richard Dharmapala while the former S. Thomas’ skipper Naveen Henakankanamage is set for his first Commonwealth Games this year. The team will also have the services of the CR & FC captain Kavindu Perera who will be the value addition.

CR & FC’s Tarinda Ratwatte & experienced Srinath Sooriyabandara will have a huge responsibility in the halves combination when the Tuskers kick off their tournament against the Olympic gold medalists Fiji on the 14th of April.

New Zealand national Peter Woods will be in charge of the side with Nic Groube as the trainer while the team will be under the supervision of high-performance manager Inthi Marikar.

The touring 12-member squad will be as follows: