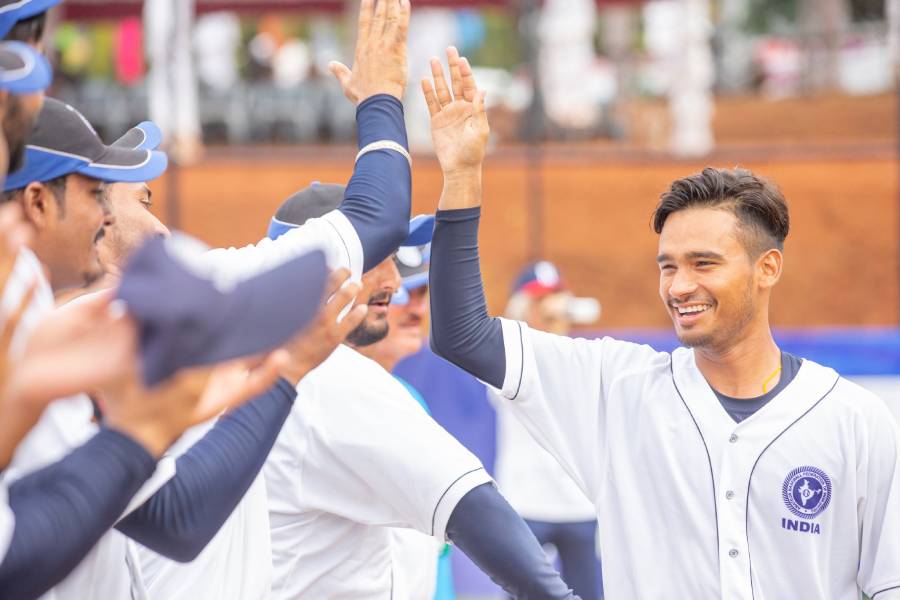 India embraced as cheers went through the team. Team India is headed to the semi-finals of the West Asia Baseball Cup 2019 defeating Nepal 8 – 0 at the Diyagama Baseball Stadium, a short while ago.

Ajay Kumar drove in 1 when he singled in the 1st inning putting India with an early start. India scored four more runs in the third inning with singles by Vaninderjit Singh and Vipin Juyal.

Starting pitcher for India, Suraj Singh came to the mound and threw a complete game shutout which boosted their victory and kept Nepal at 0. He surrendered zero runs on two hits over five innings, striking out eight and walking one.

India held a high-octane offence with Juyal, Gaurav Sengar, Kumar, Gurpreet Singh, and Singh each collecting one hit to lead India. Vikas Sharma led India with two stolen bases, as they ran wild on the base paths with five stolen bases. India was in not-so-subtle mood showcasing their strength in the field and didn’t commit a single error. Kanhaiya Gangule had the most chances in the field with eight.

However, Nepal had one bright spot which was a single by Nischal KC in the 3rd innings. Iswor Thapa toed the rubber for Nepal. He lasted two innings, allowing three hits and three runs. Rajesh Basnet threw three innings out of the bullpen.

Final score was India leading 8-0 when rain caused officials to stop play and award the win to India. India will take on Pakistan in the 2nd semi-final of the tournament tomorrow, 18th July at 01:00PM onwards.