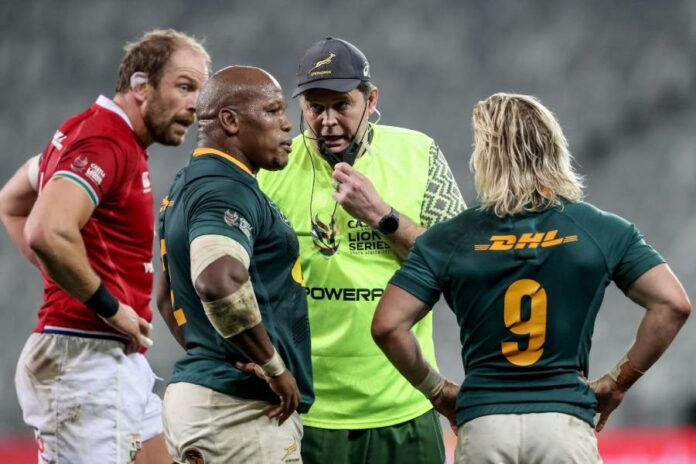 The World Rugby Council has approved a global trial limiting the opportunity for non-playing personnel to enter the field of play during a match. Operational for all competitions and stand-alone matches starting after 1 July 2022, the trial aims to improve the flow of matches by reducing unnecessary stoppages without compromising welfare.

The new law trials will put an end to controversy created by South African Rasie Erasumus who was regularly seen functioning as the water boy for the Springboks despite being South Africa’s Rugby Director. The existing World Rugby regulations only barred the head coaches from carrying water but the new laws have put an end to Rassie’s time as a water boy.

Teams will only be allowed two dedicated water runners while the person bringing the kicking tee will be allowed to carry a single water bottle for the kicker. However, the players in field are allowed to access water from behind the goal line or from the dedicated at any time.

The new law also dictates that no-one apart from the medics who may contact the referee regarding an injury from a player, should approach, address or aim comments at the match officials and will be sanctioned via a penalty kick if this happens.

Players on the field