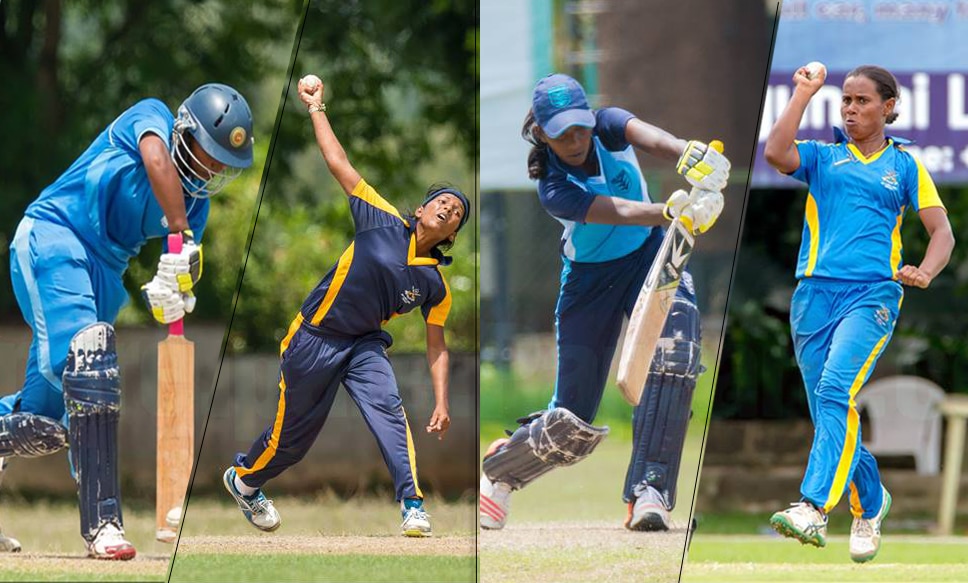 The Women’s Division 1 T20 tourney, organized by Sri Lanka Cricket, got underway earlier today with 2 games each being played simultaneously at the Colts Cricket Club grounds and the Navy grounds in Welisara.

Navy SC A vs Matara SC

The Matara SC women won the toss and elected to bat at the Navy Grounds in Welisara, however they were never able to get going as they lost wickets at regular intervals. Matara SC ended with 72/8 off their 20 overs.

Hasini Perera fell within touching distance of the win but her partnership with Prasadini Weerakkody helped Navy A race to their target with over 12 overs to spare.

Army SC A vs Air Force SC B

Newly crowned division 1 champions Army SC A registered the highest total for the day after being put into bat by the Air Force skipper at the Colts Cricket Club grounds. They made 127 for the loss of just 4 wickets in their allotted overs.

The Air Force ladies were out of their depth in the batting department and never got going, ultimately finishing on 88 for the loss of 9 wickets.

With 9 players who represent Sri Lanka, or have represented Sri Lanka in the past in, their line-up, Air Force came into the game as favourites. Batting 1st, they made 118 in their allotted overs. Despite getting a good start, Air Force could not press home the advantage against the Colts Women as quick wickets helped restrict them.

Colts may have fancied their chances chasing 119 for an upset win, but their hopes were dashed by a tight bowling performance from the Air Force Ladies as they were restricted to 70/8 in their 20 overs.

Navy SC B vs Army SC B

The home team Navy SC B won the toss and elected to bat first in their group B fixture against Army B at the Navy grounds in Welisara. Things did not go according to plan for them however as a splendid bowling display from the Army ladies saw them crash to 72 all out in 16.2 overs.

Navy kept things tight early in the chase but Nimali Perera led the way with the bat for the visitors as they eased home to an easy win in 18.3 overs with 7 wickets in hand.