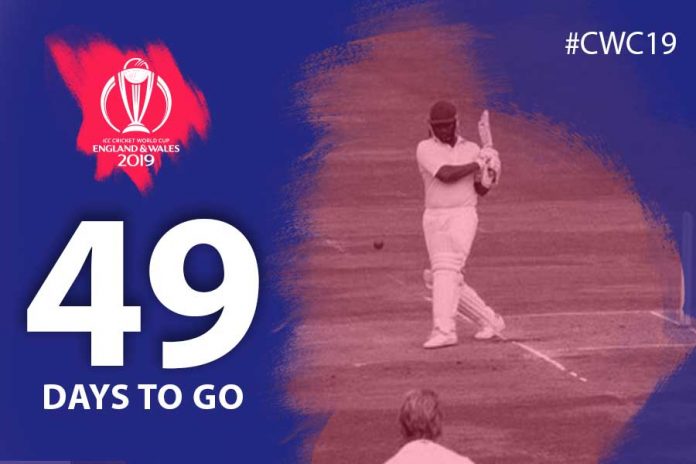 When Sri Lanka were granted Test status in 1981, there were many things that worked for them. Firm backing by Pakistan and India was coupled by some good efforts the team had put up from the limited opportunities they had received.

Then there were the likes of Gamini Goonasena and Stanley Jayasingha, who were showing the world what Sri Lankans were capable of in County Cricket in England and Shield Cricket in Australia. While Goonasena represented Cambridge, Nottinghamshire and New South Wales, Jayasingha plied his trade at Leicestershire.

England and Australia with their veto powers had turned down Sri Lanka’s request for full membership not because they weren’t sure that the Sri Lankans were good enough to play Test cricket but because they had concerns about the infrastructure in the country. With Gamini Dissanayake, a powerful government minister at the helm, this concern was put to rest as the Board President had assured to do all within his means to fix the problem.

With assurance from the government, ICC had no option but to grant the country Test status given Sri Lanka’s excellent tour of England in 1979.

Two seasons prior to the 1981 meeting at Lord’s, in the 1979 World Cup, Sri Lanka humbled a strong Indian outfit. This went a long way in convincing the authorities that time was ripe for a seventh nation to be granted Test status.

For the inaugural World Cup in 1975, Sri Lanka had been invited to take part in the tournament. But four years later, they had to actually play a qualifying round tournament. Sri Lanka came out on top of this and went into the competition brimming with confidence.

This said, the game against India at Old Trafford in Manchester actually dragged on for three days. The game started on the 16th of June which was a Saturday and usually these 60 over games couldn’t be finished on time. Since there was no cricket on Sundays in England (England started playing Test cricket on Sunday only in 1981), the game had to be finished the next day, Monday the 18th June.

Sri Lanka made a decent 238 for five batting first, scoring at almost four runs an over. It was a decent effort those days with heavy bats and field restrictions unheard of and batsmen still content to play in conventional fashion. There was a bit of unorthodox style in the Sri Lankan team and Duleep Mendis showed it to the world with a whirlwind 64 off 57 balls and in the process hit Kapil Dev for two sixes.

It was Sunil Wettimuny (67 in 120 deliveries) and Roy Dias (50 off 92 deliveries) who laid the foundation for the innings, adding 96 runs for the second wicket. The lower middle order had two youngsters –17-year-old Sudath Pasqual and 20-year-old Ranjan Madugalle, both Royalists. Pasqual made an impressive 26 off 28 deliveries.

Then fireworks from Mendis gave the Sri Lankans a total that was on par. Yet, this Indian line-up comprising of Sunil Gavaskar, Dilip Vengsarkar, Gundappa Viswanath and Mohinder Amarnath would have been expected to chase down the target.

Tony Opatha and D.S. de Silva shared six wickets between them to trigger a sensational collapse as India lost the last eight wickets for 82 runs. Mendis was Man of the Match.

This was also the first time Bandula Warnapura’s leadership skills emerged. With captain Anura Tennekoon unwell, Warnapura stepped up and did a remarkable job and went onto become Sri Lanka’s first Test captain.

Srinivas Venkataraghavan, the Indian captain was not so lucky. Defeat to Sri Lanka was unacceptable and he was removed as captain. Sri Lanka actually used to have a good record against India in World Cup games. They didn’t lose a World Cup game to India until 1999.

ICC Associate countries beating full members would become a trend after this. Zimbabwe, who beat England in March 1992 in a World Cup game went onto play their inaugural Test match in October that year.

Bangladesh, who shocked Pakistan in the 1999 World Cup were granted Test status a few months later.

Kenya were not so lucky though. Steve Tikolo’s side shocked everyone when they went onto reach the semi-finals of the 2003 World Cup. They beat three full members in that competition – Sri Lanka, Bangladesh and Zimbabwe. But from thereon, the opportunities were rare for them. They never made it to the big league.