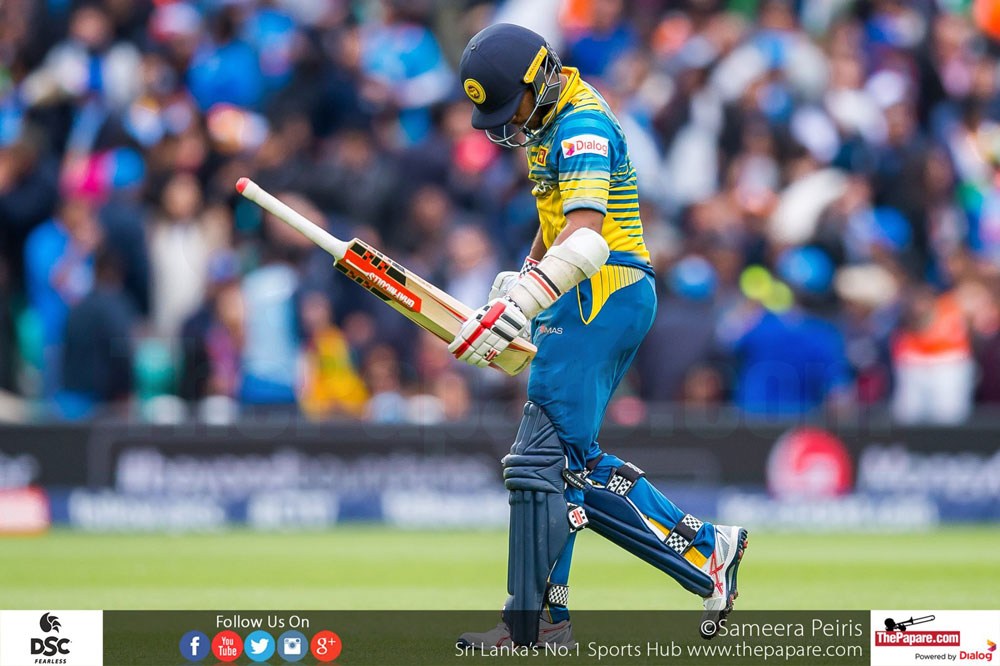 Let’s face it. All is not well with Sri Lanka Cricket – both the organisation and the game itself. I’m simply making a few observations in the hope that the powers- that-be take notice, and make calculated efforts to put things right.

This is the cradle and nursery of our cricket culture, and it even produced cricketers who were able to walk into the Sri Lanka side in the past. What’s happened is that, under the Schools’ Cricket Association (which, till very recently operated independently of Sri Lanka Cricket), which is under the purview of school Principals and Masters-in-Charge, is a law unto itself.

Simply put, there is just too much cricket being played in various tournaments! I can’t understand the rationale behind playing T-20 matches at the School level, as this is the time when the emphasis should be on developing technique and mental strength.

The national selection committee headed by Sanath Jayasuriya has picked a 13-man squad for..

What this does is put pressure on juvenile cricketers. According to what I can gather, there are huge cricket budgets (we are talking Rs 20 million in some cases, people!) funded by Old Boys and parents of current players, who, in turn, put pressure on the boys to win at any cost, so that the companies they represent can exploit the connection with the team.

Also, I understand that due to this pressure to win, sportsmen are allowed complete exemption from studies in order to practice. This obviously impacts their academic achievements – the very reason they go to school in the first place! This happens in School Rugby too!

Of course, the other major problem is the importation of good players from other schools on scholarships. This phenomenon impacts the cricketers in the schools who have sweated and toiled all those years with the aim of playing in the 1st XI.

Many attempts have been made to upgrade this to a Provincial Tournament. Unfortunately, we have not got this right. Last season, the three/four-day Premier League was played between 24 clubs in two divisions. There should be a maximum of twelve clubs playing, ensuring the best players are playing at the highest level.

The enhanced number of clubs, in my opinion, is just a gimmick to allow the clubs which had supported the present SLC leadership to get into power at the last election, to claim they have played first-class cricket. Many of these so-called clubs do not have a ground nor a club-house to call their own. Under normal circumstances – certainly in other countries – they should not be playing first-class cricket in the first place! In fact, right now, there’s an enquiry of match-fixing between two teams in the second -tier tournament!

This tournament was followed by a District 50-over tournament, which pitted the same club teams against each other, but using names of Districts as opposed to Clubs! Negombo was excluded due to some court process.

After this, due to the upcoming Champions Trophy in the UK, it was decided to hold a Provincial 50-over Tournament made up of the best performers in the District version. This was to serve as the Selection Elimination process. There were four teams in this one.

What all this has done is disrupted the Club System, which has been in existence for so many years. I will re-iterate what I have said before. Sri Lanka is the size of Tasmania and Ireland, which operate on a Club-based system. We shouldn’t be comparing ourselves against countries with large land masses like Australia, South Africa, New Zealand, UK, India, Pakistan and Bangladesh – not to mention West Indies.

If our scouting system at the Provincial level is so good, as is claimed to be by SLC, there should be a feeder system, whereby talented individuals can be identified and funnelled into the existing Club system. This is what has been happening up to now, so there’s no need to change this.

My suggestion would be to play the Inter-District Tournament at the junior levels, up to the Under 20 level, after which this funnelling system can take place into the Under 23 Inter-Club tournament. Even the gulf from the Under 23 level to First Class is quite huge.

My experience has been that, although players are stupendous at school level, when they come to play in the Big League, they are exposed. Many realise they aren’t good enough to play at the bigger clubs and move to clubs in the hope that they will get a game and be able to show-case their skills to the National Selectors. However, this does not necessarily happen. So, what happens is they continue to move clubs or just move abroad to play League/Club Cricket in the UK or Australia.

They are also lured by big money which these clubs can pay, as they don’t have to spend on maintaining grounds, pavilions and other sporting facilities.

It takes a lot of money to run Club Cricket now. It would be more sensible for SLC to give the clubs more money to look after cricketing activity than spending multi-millions on White Elephant projects in remote areas. The Clubs who have the facilities should be given more than those who don’t. One size cannot fit all in this instance. The bigger clubs also spend on maintaining hostels for outstation cricketers, so surely, they should be rewarded accordingly!

Don’t get me wrong! I’m all for promoting cricketers from the outstations. How do you think we have so many of them playing at the top level today? So yes, by all means, build them the right facilities in their home towns and provide coaching for them to blossom, but let’s do it scientifically and practically is all I’m saying. Let not politics be the driving force in decision-making!

Yes, admittedly, the SL Team is going through a transition phase, and we should all support them through it. I’m still at a loss to understand our fielding performance during the quarter-final match against Pakistan when we had them on the ropes. This, after thrashing India into submission?

I think that Angelo Mathews is the best player and Captain we have. We have an extremely talented and fearless bunch of players coming through in all disciplines of the game. Okay, we aren’t going to have Muralis, Aravindas, Jayasuriyas, Sangas, Mahelas, Vaas’s, Malingas, Dilshans and Heraths coming out of our ears, but cricket is a Head Game. That’s where we need to concentrate.

I’m sorry, but I don’t see the need for spending so much money on the Support Staff. Do we really need a Tour Manager and Cricket Manager? Do we need so many coaches for every single aspect of the game? I think not. These cricketers are full-time professionals.

What they need is someone who can get their “Head Game” into order. With High Performance Managers and Head Coaches, I would have thought that would be looked at. Personally, I would have preferred a Sports Psychologist, at least when we are preparing for matches and even on tour.

With the lovely Indian Ocean on two sides, bordering the famous Dutch Fort and the town….

I also have a feeling that the Physios are not doing their bit to ensure that the players are kept injury-free. I would even go so far as to say that they are not adequately qualified to be handling elite sportsmen. Remember when Alex Kontouris was handling it? He somehow ironed out the niggles and got the players on to the park. He now does the same for Australia. We recently had a highly-qualified Sri Lankan-Australian assisting in this role, but he left in disgust at the way he was treated, by lesser-qualified people.

As far as selections go, it’s all well and good to follow “Youth” and “Rotation” policies. However, the way it has been practiced in the recent past has not been the best. Here again, authoritarianism has been the bane – especially when someone seems to be directing traffic to the selectors! Kapila Wijegunewardene was unceremoniously sacked as Chairman of Selectors when the new regime took over. It hasn’t done us much good!

For me, I think that the decision-making process at SLC is deeply flawed, in that most of the decisions are made unilaterally, with “yes men” flagging through any proposals made at the Ex-Co level. This has to stop.

The Sports Minister is basking in the glory of the perks of office – travelling at the expense of SLC and hobnobbing with world sports glitterati. So, he gives the carte blanche to SLC Administration. The President of SLC is also politically-connected at the highest levels, which does not help.

If you are not in the “Upper Room”, you aren’t on the gravy train. A blind eye is being turned to all sorts of nefarious activities taking place, especially with the amount of funds being pumped in through the ICC, lucrative broadcasting rights and other sponsorships. Even people who are chosen to serve on committees only know about issues when they hear about it in the media!

I don’t see the need for unnecessary extravagances like the Cricket Aid programme. That should have been a one-off project for the tsunami. Much money was spent to host a dinner at Lords last year. It would be interesting to see how many people actually paid for the event, as there were so many “VIP’’s.

I also don’t see the need to give cronies a trip on every tour of a foreign country at the expense of SLC. We are talking 10-15 people, sometimes accompanied by spouses.

Oh, how I yearn for the days when SLC (especially its predecessor, the Board of Control for Cricket in Sri Lanka) was run by individuals of standing in society, scrupulously honest and even privately financing the activities of the Board, since it did not have a source of funds.

Now I have read that there is a move to set up a separate entity to manage and maximise revenue from SLC’s assets. This is a good idea in principle on the presumption that the Board of Directors doesn’t change with every SLC Election!

There! I’ve said what I have to say! I hope SLC takes it on board and does something about it!

Suresh Murugaser is a former Vice President and former Chairman – Cricket at Tamil Union   C & AC, one of the top Premier League clubs and the home of the P Sara Oval.

The  opinions expressed in this article are completely his own.