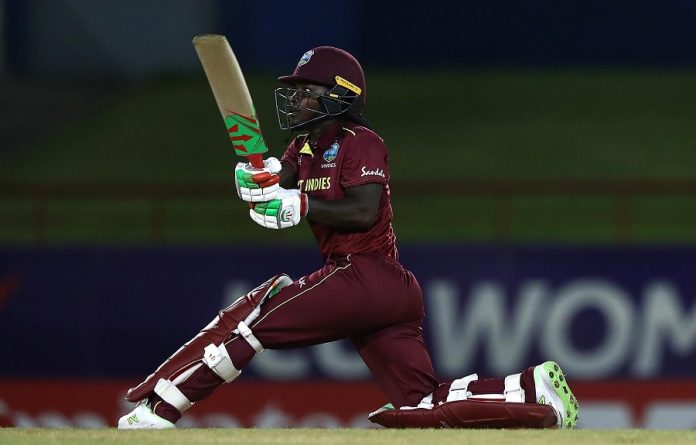 Deandra Dottin had another special day, with bat, ball and on the field, before Shemaine Campbelle backed her up with a nerveless 45 to take Windies Women home by four wickets in a thriller against England.

In a clash on Sunday, 18 November, at the Daren Sammy National Cricket Stadium in St Lucia to decide the ICC Women’s World T20 Group A toppers, the hosts chose to field and their pacers had the opposition in trouble at 50/6, with only Tammy Beaumont getting into double-figures.

Sophia Dunkley and Anya Shrubsole’s timely partnership of 58 formed the bulk of England’s 115/8. Dottin, having already taken 2/21, wrapped up the innings with a fantastic catch at backward point.

Nat Sciver and Anya Shrubsole not only had the Windies down to 3/2, but proved difficult to get away with the new ball. Dottin, having started out circumspect, took on Dani Hazell, smashing four sixes in her 46 off 52 balls.

Like with England, making the difference was one solid partnership: Campbelle gave Dottin good support in a third-wicket stand worth 68. From 26 needed from three overs, Campbelle brought it down to 10 from 10, before Kycia Knight struck the winning boundary to win with three balls to spare.

The Windies, as Group A toppers, will play Australia in the semi-final, while England face Group B toppers India.

Video – Keaton Jennings explains ‘out of the world’ Dimuth Karunaratne...

Video – My job is to score runs and not worry...

Video – If we can bowl to our abilities, England can...